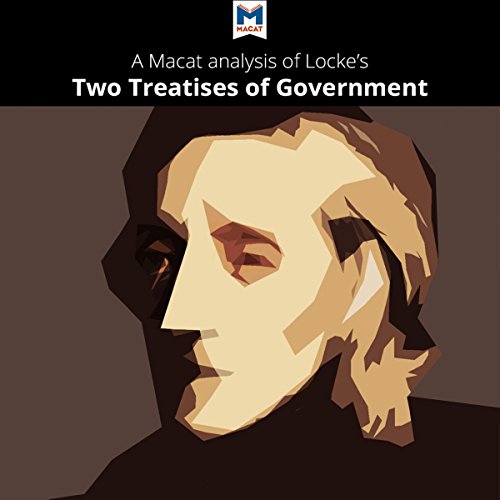 A Macat Analysis of John Locke's Two Treatises of Government

First available in 1689, John Locke's Two Treatises of Government is considered one of the most important works ever written on the foundations of government. Published anonymously, it argues against the popular idea at the time that monarchs have a God-given right to rule. Instead Locke proposes that sovereignty - supreme authority - ultimately resides with the people. He argues that citizens have not just the right but in fact the duty to renegotiate their relationship with those who govern, even if that means changing the institutions of the state and establishing a new legislative power.

Locke's ideas influenced political thinkers in his native England as well as in the United States and France. Some of the language in the American Declaration of Independence of 1776 recalls Locke's arguments, and Thomas Jefferson - the principal author of the Declaration - called Locke one of "the three greatest men who have ever lived".

For over three centuries, Two Treatises of Government has endured as a key text in political philosophy.

This was a reasonable brief review of Locke and his place in Western political philosophy.