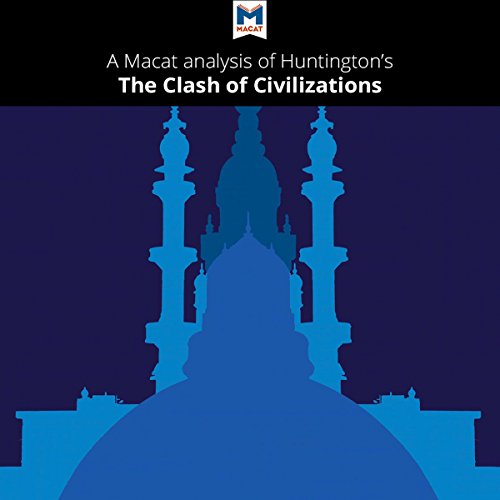 In his 1996 book The Clash Of Civilizations and the Remaking of World Order, American political scientist Samuel Huntington sets out his vision of the post-Cold War world. While the era from 1945 to 1989 was shaped by ideological conflict (communism vs. capitalism), Huntington predicts a future of cultural conflict.

The worst clash, he argues, will come between the Islamic world and the West. The West's excessive arrogance and belief that its culture is a "gift" to the world will come into conflict with Islam's obstinacy and concern that its culture is, in turn, under attack from a morally decadent "other". Clash inspired academic debates between different political schools of thought. But its greatest impact came in its role in defining American foreign policy in the wake of the attacks on New York in 2001. Its language surfaced in presidential speeches by both George Bush Jr. and Barack Obama, and continues to be seen and heard in the vocabularies of American statesmen and think tanks today.

You can find out more about how Samuel Huntington's ideas have been challenged and applied - and how his work has impacted on thinkers in other academic disciplines - by exploring further in the Macat Library.

Macat's analyses cover 14 different subjects in the humanities and social sciences. To browse our whole multi media library and get a lot more, visit www.macat.com today.