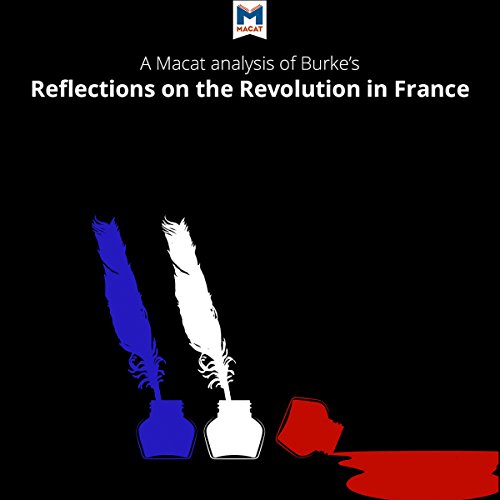 A Macat Analysis of Edmund Burke's Reflections on the Revolution in France.

Reflections on the Revolution in France may read like an exercise in political theory. But when it was first published in 1790, Edmund Burke was fighting a real political battle. Burke saw that the Enlightenment ideas that had inspired radical political change in France the year before were beginning to take root in England. He wanted to discredit these dangerous thoughts before they sparked a revolution in his own country.

By publishing his pamphlet in the form of a "letter to a friend," Burke could use a fiery, rhetorical style to discredit revolutionary developments in France and attack the idea that England should follow its neighbor into democracy. Burke argued for a conservative society, in which institutions that have stood the test of time are to be cherished and change introduced slowly - and only after proper consideration.

Burke's pragmatic analysis and cautious views act as the foundation for much modern conservative thinking. His powerful imagery and appeals to emotion have captured readers' imaginations for centuries and swayed opinions in ways that remain relevant today.

You can find out more about how Burke's ideas have been challenged and applied - and how his work has impacted on thinkers in other academic disciplines - by exploring further in the Macat Library.

It is very repetitive and partial, I don't reccomend this to anyone. This misrepresents Burke.