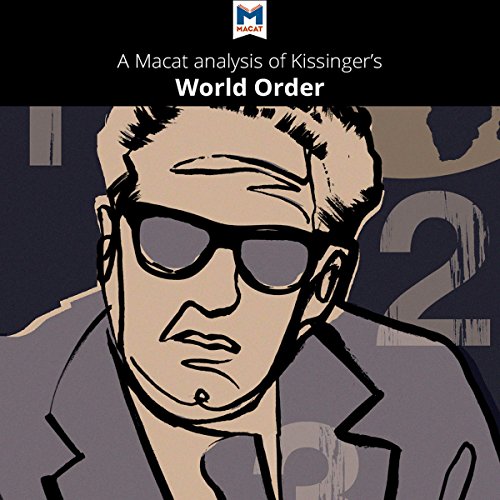 A Macat Analysis of Henry Kissinger's World Order: Reflections on the Character of Nations and the Course of History

One of America's foremost statesmen and diplomats, Henry Kissinger originally trained as an academic with a particular interest in foreign policy. He was interested in how different countries, in different periods, in all parts of the globe have attempted to impose order on a chaotic and often violent world. Kissinger has consistently written about foreign policy for specialist and general readers alike.

Published in 2014, World Order draws together his thinking on how we make sense of the world politically. Kissinger identifies four principal competing methods by which order has been and is still sought. Those four conceptions are European, Chinese, Islamic, and American. None of these has been accepted as dominant. Kissinger asks whether a new, universal world order can be developed today. And if so, should it be based on a "realistic" approach, accepting that conflict is frequently unavoidable, or a "liberalist" approach, seeking international cooperation? World Order has been widely praised for its scope and scholarship, even by Kissinger's critics.

What listeners say about A Macat Analysis of Henry Kissinger's World Order: Reflections on the Character of Nations and the Course of History