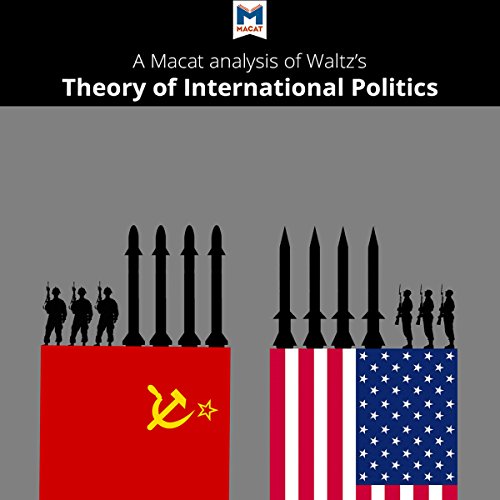 A Macat Analysis of Kenneth Waltz's Theory of International Politics

Kenneth Waltz's Theory of International Politics created a "scientific revolution" in international relations, starting two major debates. In the 1980s it defined the controversy between the neorealists, who believed that competition between states was inevitable, and the neoliberals, who believed that states could cooperate with each other. As the debate wound down with the end of the Cold War in the 1990s, a second more fundamental debate began: Is it possible to treat international relations as a science?

Waltz aimed to answer the question "if changes in international outcomes are linked directly to changes in actors, how can one account for similarities of outcome that persist or recur even as actors vary?" Taking a unique approach, Waltz did not look at any one unit within the system, avoiding discussions of any particular state or political leader. Instead he examined the system itself.

A must read for any international relations buff.

This book is consistently recommended by all international relations scholars, academics, and policymakers as one of the founding texts of the contemporary discipline.

Sadly, the actual book is extremely dense and very hard to read (and finish) if you are not already engaged within the field, either as a student or scholar.

This analysis makes the book accessible and understand to the layman who is still interested in international relations.

Whether you are a causal international relations buff or have never heard of the discipline before, you’ll be able to grasp the book and it’s ideas.

My only negative is that, at many points in the text, it is very repetitive and goes over pretty much the same information.

An interesting listen towards the end but very very repetitive and too basic overall.