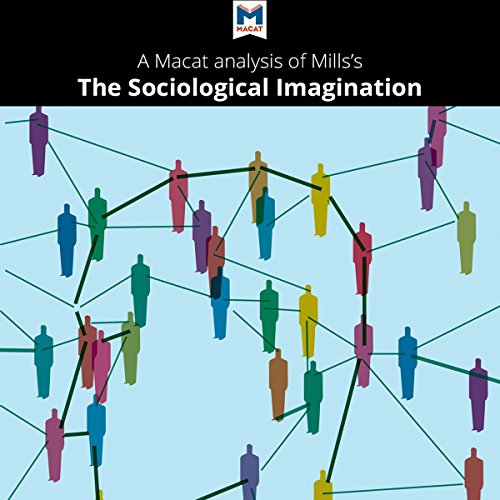 A Macat Analysis of C. Wright Mills's The Sociological Imagination

By: Robert Easthope
Narrated by: Macat.com
Try for £0.00

When American sociologist C. Wright Mills's The Sociological Imagination was first published in 1959, it provoked much hostile reaction. This was understandable: the book was a hard-hitting attack on how sociology was practiced - and on a number of leading sociologists. Mills was a fierce critic of both modern capitalism and Soviet-style authoritarianism, and argued that the sociology profession failed to look at how people's problems are connected to the structures of the society in which they live. He criticized two leading tendencies of sociology in the post-World War II period. The first was focusing only on the research data that could be gathered, to the exclusion of reflecting on larger issues. The second was concentrating on solving abstract theoretical problems with no regard for the real problems people face in their lives.

Perhaps surprisingly, in only a few decades, the profession came around to Mills's way of thinking, and his book is now considered a key explanation of the fundamental mission of sociology.

What listeners say about A Macat Analysis of C. Wright Mills's The Sociological Imagination