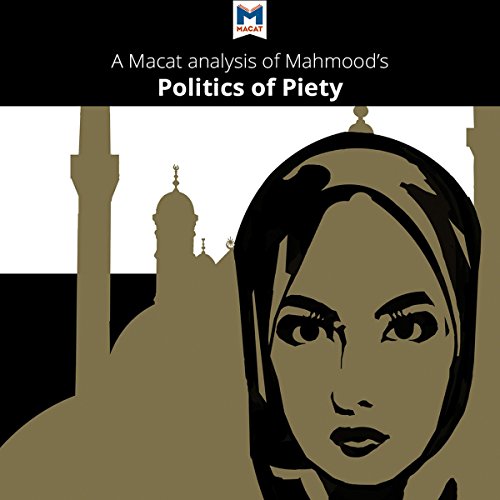 A Macat Analysis of Saba Mahmood's Politics of Piety: The Islamic Revival and the Feminist Subject

By: Jessica Johnson,Ian S. Fairweather
Narrated by: Macat.com
Try for £0.00

In her original and controversial 2005 book Politics of Piety: The Islamic Revival and the Feminist Subject Saba Mahmood examines the women's mosque movement in Cairo, Egypt as part of a wider turn to religious fervor integral to the broader Islamic revival of the twenty-first century.

Mahmood's research suggests that in choosing to embrace the norms of their faith, these pious Muslim women are not limiting, but rather affirming, themselves. They do not value the idea of "freedom" in the same way the liberal West does, and this can give us new insights into ideas that we often take for granted about freedom and autonomy.

The strong feelings Mahmood's book stirred up are not surprising, as Politics of Piety challenges many assumptions made by feminists from the secular liberal tradition. Can feminism's goals of gender equality and freedom be applied to all women? Should we consider the perspectives of women who do not share these ideals?

What listeners say about A Macat Analysis of Saba Mahmood's Politics of Piety: The Islamic Revival and the Feminist Subject