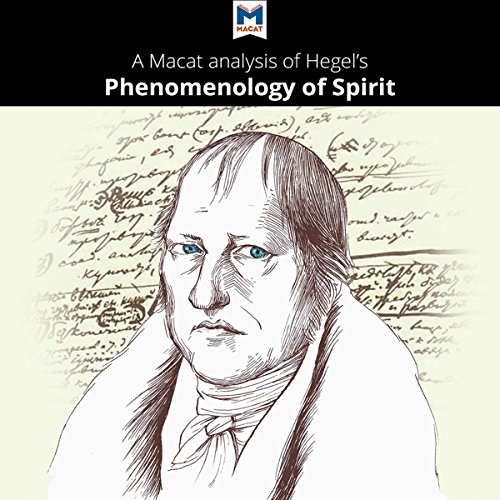 In his 1807 work Phenomenology of Spirit, G. W. F. Hegel introduced the world to his philosophical system. His most influential work - and the culmination of the German Idealist movement begun in the late 18th century as a response to the works of Immanuel Kant - the book remains one of the undisputed classics of Western thought.

The first major work of Western philosophy to introduce the idea that the truths of philosophy are inseparable not only from the history of philosophy itself, but also from the histories and politics of the societies in which they arise, Phenomenology continues to inspire prominent thinkers in its field. Yet its impact transcends the narrow field of professional philosophy. Its developmental account of self-consciousness and social relations, along with its themes of mutual recognition and the struggle between master and slave, have influenced academic disciplines ranging from psychoanalysis to sociology. Through its direct impact on Karl Marx and his intellectual successors, it has also become a key text for political movements throughout the 19th and 20th centuries.

What listeners say about A Macat Analysis of G. W. F. Hegel Phenomenology of Spirit