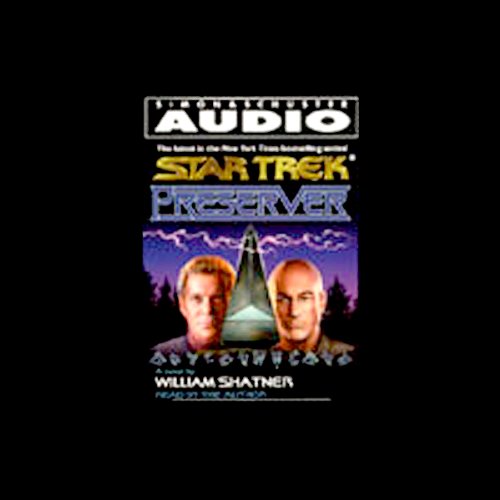 The deadly and tyrannical Emperor Tiberius, former captain of the I.S.S. Enterprise, has always been rankled by his failure to seize the tantalizing advances of the First Generation. In the peaceful universe of the United Federation of Planets, Tiberius seeks a new ally - the honorable, idealistic Starfleet Captain James T. Kirk.

Kirk is many things Tiberius is not. But he is also a man deeply in love with his wife - and Teilani is dying. To save her life, Kirk will compromise his ideals and enter into his most dangerous alliance yet. Kirk guides Tiberius to a long-abandoned First Federation base, where he expects to find a source of power so great it will enable Tiberius to destroy Captain Jean-Luc Picard's U.S.S. Enterprise, and conquer the mirror universe - as well as our own.

At the heart of their quest, something else is waiting: an object from a technologically advanced civilization revealed to Kirk by mysterious aliens who have influenced life within the galaxy over eons of time - a message from the Preservers.

Just as with Dark Victory, this book features the mirror universe. It's a fun romp with all of your favorite ST friends. It even features some surprise guest enemies. Also, Shatner does a decent job of show how events unfold along the ST timeline.

I was a little peeved at the Asimov rip off though.

Fun to listen to on a long drive though.

This abridgment is a convoluted mess

I am a Star Trek fan. I have read plenty of the books in my life. This well performed mess is so hard to follow I quit four or five times. The edit seems to have been built upon the notion that only true fans would listen and fill in the blanks with their extensive knowledge. Mr Shatner has not helped matters by cramming in elements from nearly the entire trek canon as if they were drawn from a grab bag and then trying to tie them all together. I suspect the written copy allows a little more air into the narrative so that it is not so tightly wound but I will not seek it out to see. As it stands, this version is the literary equivalent of a 15 year old boy's drawing of a woman with 20 breasts... An abundance of crammed together details that fans obsess about but too many to know how to really handle them.