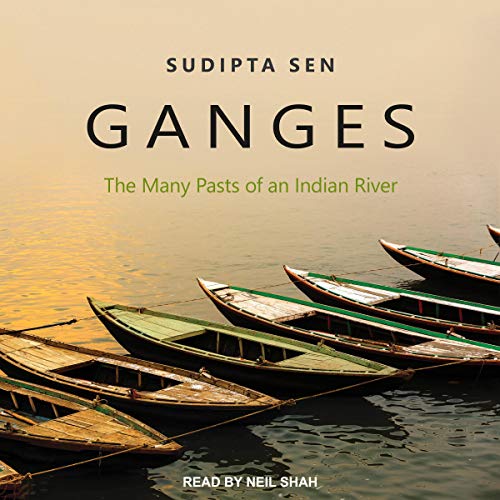 A sweeping, interdisciplinary history of the world's third-largest river, a potent symbol across South Asia and the Hindu diaspora.

Originating in the Himalayas and flowing into the Bay of Bengal, the Ganges is India's most important and sacred river. In this unprecedented work, historian Sudipta Sen tells the story of the Ganges, from the communities that arose on its banks to the merchants who navigated its waters, and the way it came to occupy center stage in the history and culture of the subcontinent.

Sen begins his chronicle in prehistoric India, tracing the river's first settlers, its myths of origin in the Hindu tradition, and its significance during the ascendancy of popular Buddhism. In the following centuries, Indian empires, Central Asian regimes, European merchants, the British Empire, and the Indian nation-state all shaped the identity and ecology of the river.

Weaving together geography, environmental politics, and religious history, Sen offers a remarkable portrait of one of the world's largest and most densely populated river basins.

"Sudipta Sen blends geology and ecology with the legendary in a way that is scholarly and sophisticated while always entertaining and often moving to read." (Ruth Harris, University of Oxford)

What listeners say about Ganges

This is an good book for those who are interested in geology and religions of India.
Excavations revealed remnants of pottery, PGW pottery, which you can research on Wikipedia.
The author addresses the myths and legends of early Indian history.
Interesting for me was the extensive history of early Buddhism, the stupas and the monasteries.
The early chapters about Hinduism and Buddhism are most interesting.
All in all it is a book that I thoroughly enjoyed and was sorry when it ended.
For me, a boat lover, the front cover is beautiful!
The narrator, mr. Neil Shah, is a pleasure to listen to.
My thanks to all involved to make this book available to us, JK