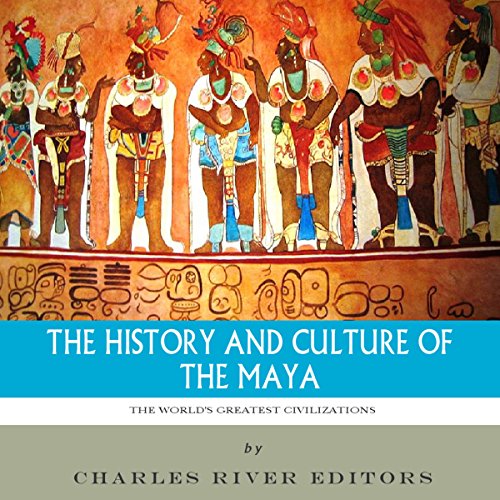 The World's Greatest Civilizations: The History and Culture of the Maya

By: Charles River Editors
Narrated by: Jack Nolan
Try for £0.00

Many ancient civilizations have influenced and inspired people in the 21st century. The Greeks and Romans continue to fascinate the West today. But of all the world's civilizations, none has intrigued people more than the Mayans, whose culture, astronomy, language, and mysterious disappearance all continue to captivate people.

In 2012 especially there was a renewed focus on the Mayans, whose advanced calendar led many to speculate the world would end on the same date the Mayan calendar ends. The focus on the doomsday scenario, however, overshadowed the Mayans' true contributions to astronomy, language, sports, and art.

The World's Greatest Civilizations: The History and Culture of the Maya discusses the Mayan calendar within the larger context of their astronomical advances while also providing a comprehensive analysis of their history, empire, and culture. Along with a description of Mayan life, the mystique of the Maya is traced from the height of their empire to the present day in an attempt to understand a civilization often best described as an enigma.

What listeners say about The World's Greatest Civilizations: The History and Culture of the Maya