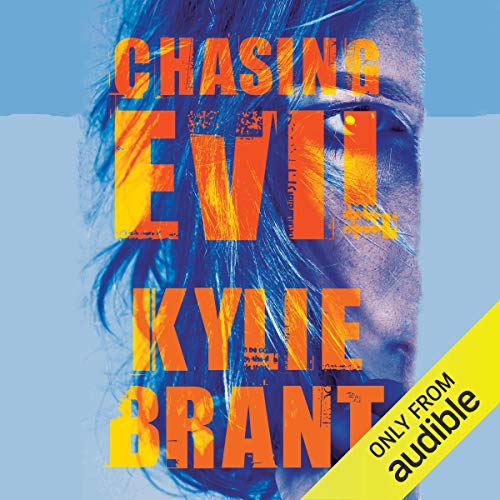 There's nothing strange about bodies buried in cemeteries - unless they don't belong there. And when six murdered women are discovered in other people's graves, the hunt for a sadistic serial killer begins before he can claim a seventh victim.

Agent Cam Prescott of Iowa's Division of Criminal Investigation is leading the search alongside forensic psychologist Sophia Channing, who knows the minds of psychopaths inside and out. And after a brief but passionate affair, she knows Cam almost as well. What she doesn't know is that her high-profile involvement in the case has caught the twisted predator's eye - and sparked his fury. When Sophia suddenly vanishes, Cam and his team shift into overdrive to keep horrific history from repeating itself. But for Sophia, being trapped in the same isolated lair where so much innocent blood has been spilled may get her inside her vicious captor's head - and may offer her the only chance she has to escape an agonizing and lethal fate.

What listeners say about Chasing Evil

Frankly, while Chasing Evil is a decent suspense thriller, it is much more a romance novel. There are two more novels in the Circle of Evil series which I plan to skip. The mild cliffhanger ending is not a surprise

I loved every character in this book! Because of the narrator!

The killer was just sick enough, making him so easy to hate.

One thing I didn’t understand, or like, was how often Cam and Sophia were in bed together, every chapter or two, when in actuality they had broken up months ago. Why did we keep jumping into the past? I didn’t really get that. It really didn’t hurt the story but it did seem extremely unnecessary.

Oh, I did love, love, love Cam and Sophia. They tried so hard to be business-like but couldn’t keep their minds focused all the time. You could tell they had fallen in love during the weeks they were together but neither of them thought it would work so they went their separate ways. Although, it was actually Sophia that called it quits.

Their chemistry was so great, throughout the story. And there were some exciting bedroom scenes, too. There was swearing and the F-bomb was released 27 times.

The mystery and murder and mayhem this guy caused was a thrilling and exciting storyline. I’ve never read this author before but she’s awesome. Even though this was a CLIFFHANGER that I wasn’t aware of, because I despise cliffhangers, I’ve already got the other 2 books in the series and I can’t wait to get started on them.

As to the narrator: When I can just listen to a book without saying to myself “geez, this narrator sucks,” then that’s a good narrator. And when she reads with such terrific emotions, then it’s really good. And when everyone has their own voice, then it’s just excellent. When the bad guy had thoughts or was talking to himself Kate Zane was just awesome. He sounded like a madman was supposed to, and when he talked to Sophie it was just so horrible and thrilling all at once. I enjoyed every second of this book, thanks to the narrator. When narration can make me buy 2 more books of a cliffhanger series that really says a lot about the author.

Needed something simple to listen to and block out exterior noise. This book made me want to laugh and barf at the same time. How silly can one author be? The exterior noise was much better than this drivel. Might have been an interesting story beneath the nonstop rippling muscles and knee weakening gazes.

Scary, creepy and interesting. I truly enjoyed the story and would recommend it to anyone seeking a thriller.

I barely got through the first few chapters. The characters are ridicules and quite "high-schoolish". I can't imagine any man I have ever known thinking the way the main male character does after breaking up with the lead female character. It is juvenile.

I am returning it.

I think that this could be a great book if it wasn't for the narrator. I was listening and the characters sounded a like. I honestly couldn't even finish the book.

Ok, it DOES resolve the most pressing issue of the book, but it COULD have warned us that that it wasn’t going to be solved altogether.

This was a difficult story for me to get into. It felt flat at the beginning, and then the narrator’s voicing making everyone and every time sound so similar left me struggling to figure out who was saying what. The best, and most distinct, was that of the killer. It took me ages to realize the book was being told in some now/some flashback format.

I’m glad that I stuck with it because I’m quite interested in the ongoing storyline (which, as I grouched above, I hadn’t expected), so I’ll move on. Maybe though I’ll go to text-to-speech voice from an ePub, because the narrator made it really really difficult to follow.

I tried to get through this book but I thought the narration and the writing were terrible. I tried several times to listen to it and just couldn't get through it

Good story, kept me listening until the end. My major problem was with the narrator. The book seemed to jump from timeline to timeline, she did not take any pause or indicate in anyway that the scene was changing. It was difficult for me to follow along on occasion.

good story cut short and ruined by gratuitous sex scenes. Hard to follow with unexplained flash backs. This story has no ending it just stops.