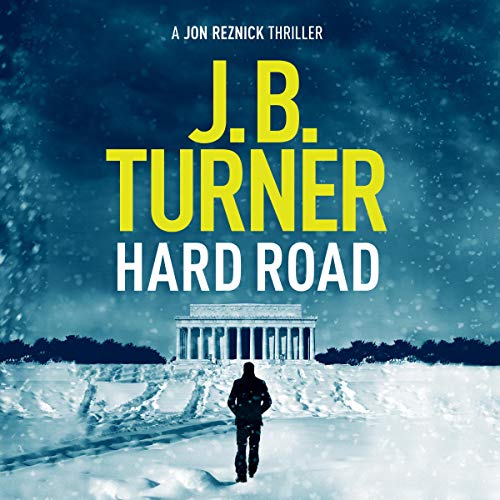 Jon Reznick is a “ghost”: a black-ops specialist who takes his orders from shadowy handlers, and his salary from the US government. Still mourning the loss of his beloved wife on 9/11, he’s dispatched to carry out a high-level hit. Reznick knows only that it must look like suicide. It’s textbook.

But the target is not the man Reznick expected. The whole setup is wrong. In an instant the operation is compromised, and Reznick is on the run with the man he was sent to kill. A man wanted by the FBI, and by a mysterious terrorist organization hell-bent on bringing the United States to its knees. FBI Assistant Director Martha Meyerstein is determined to track him down, and to intercept whatever it is Reznick was sent to do.

When Reznick’s young daughter becomes a pawn in the game, he has to use more than his military training to stay one step ahead of those responsible. Meanwhile, he is the only person who knows the true extent of the threat to national security - and has the stealth and determination to stop it.

What listeners say about Hard Road

The story sounds good but the narration on this book is so awful that you cannot concentrate on the story. Only got to chapter five and couldn't listen to any more. Probably a good book but ruined

I like this type of story. It's short and to the point with not a lot of padding. I was going to give up early on due to the narrators narrow range but the good story kept me wanting to find out what happened next.

Determined to get to the end of this good story but each time I listened to the narrator I cringed. My grandson of 2 has better understanding of how to read with passion. Shame,don't think I can face anymore of JBTurners books if it is the same narrator

On to the next one asap, great escapism, loved it, lots of detail but still fast paced and enthralling

Hard Road - hard to put down!

This was a new author for me and, I’m glad to say, there’s a long list of titles to follow on.
I was gripped early on and listened to over five hours in the first session, doing a variety of manual, and quiet, jobs which paid off in terms of jobs done! I listened to the rest today, tidying, baking and clearing up as I was listening.
It’s well read and the storyline is plausible and that makes it all the more tense.
It’s a ‘good read’. Enjoy!

Fairly standard story for this genre. It probably would have been better if it hadn’t been read by Disney’s Eeyore. The performance of dialogue was ok, but listening to any of the narrative was tedious and distracting.

Page turner from the beginning!

Loved this book. The narrator reading this book was brilliant and it was a great mystery thriller to listen to.

I did enjoy listening to Jeffrey Kafer. He has that voice that has, you imagining big and mean .

I loved this thriller. We have wrong information, betrayal , kidnapping. Twists and turns. Oh sub plots.

I really enjoyed this book. I've had it a while and finally listened to it, then I listened to the whole series! This is a good solid espionage thriller with lots of action.
I would HIGHLY RECOMMENDED this book and the entire series.
Narration by Jeffrey Kafer is excellent.
If you found this review helpful please indicate so.
Thank You.

This is a great gripping thriller. It's interesting through the entire book. I've read hundreds of this genre. It becomes harder and harder to find a great book. This is in the top 5%.

I was anticipating a fast, entertaining thriller--but I have to admit I was disappointed. The protagonist was just too aggressive to be sympathetic. My major complaint was how characters initially important to the plot simply disappeared. What happened to the mother-in-law after she served as a violent warning, for example? After essentially raising his daughter, didn't she deserve to be found, or at least mentioned again with a sense of loss? Did she even get a memorial service? Following the video clip, which might have been staged, our hero never spares her another thought. Wouldn't his daughter grieve for her Grandmother?
Then there was the brave agent trying to deactivate the device in New York...did he survive, die, receive a commendation? And what about the son of his one and only trusted Delta buddy? After serving his plot purpose, he too falls out of the narrative.
No wonder Jon was such an isolated character...if the people closest to his life are never recollected again after providing loyal service! Seems like an editor should have noticed their absence if the author didn't. Frustrating.

Hard Road is written for the conspiracy, suspense and action junkie with extra credit for its overt US patriotism. Protagonist Jon Reznick is an ex-US special forces operator who is now freelancing. His wife died on 9/11/2001 when their daughter was a baby. Reznick is raising his daughter with the help of his mother-in-law. I'll definitely listen to the other novels in the Jon Reznick series.

1st book read by this author. Definitely keep my attention while traveling. Will try another.

If you have ever been drawn into intrigue you could not walk away from, even in the dark night, well you found it again. Hard Road is a mystery behind every blade of grass be careful now. Get plenty of sleep, lock you're doors have plenty of refreshments. Now you are ready. Enjoy as I have.

The writing is good. Character development ok, could be better. Detail minimal. There is just enough of each element to convey the story with tension, suspense, and interest. However, there isn't enough to really add texture and depth. And while we cheer for the good guys, there really isn't enough about him, his daughter (no stories of things they did together, no memories of a birthday, Christmas shared) that the reader really doesn't get emotionally attached. I wish there was more to the characters, more descriptions of location, people .- that there was more depth and developed.

It was pretty much ok... I think

It's like that episode of NCIS where both people type on the keyboard at the same time to stop a hacker even faster....but as a book.

It's fine as filler. Not good. Not bad. Just ok.

Hard Road could be a box office smash hit

While story complicated it was so well written and narrated that I could follow who was who. Lots of action and a very believable plot. Will read more of Reznick thrillers