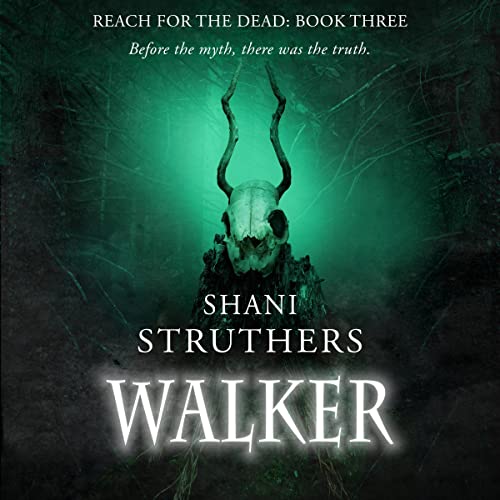 By: Shani Struthers
Narrated by: Penny Scott-Andrews
Try for £0.00

Before the myth, there was the truth.

On a road trip to Baker City and the mountains of Oregon, Shady Groves, Ray Bartlett and their friends are looking forward to a few days’ vacation. On the way, they make an unscheduled motel stop where Shady encounters Missy Davenport, the proprietor, an old photograph of Missy too, and her family, horror attached to it.

Arriving in Baker City, they stay at the Grand Willmott before heading into the wilderness, another photograph down a gloomy corridor there, this time of 10 men in animal masks, armed with pitchforks, so at odds with the hotel’s luxury surroundings.

Two photographs in less than 24 hours, both of which unsettle her.
But is that the only connection?

Piece by piece, Shady will find there’s more to the photographs than she could ever imagine. And that creatures of myth and legend, hybrids, could be responsible for a spate of missing people, including Brandi Hadley, the most recent person from Baker City and the local area to disappear without trace.

What listeners say about Walker

I like the story lines Shani Struthers writes about, out of the ordinary . These books held my attention & I didn’t want them to end. I like books that keep you interested and are different to most detective stories. I also like to read books about the occult and such as like. I would recommend this book to anyone who likes to read about ghosts and skinwalkers. I gave this book the recommendation I have because I want more