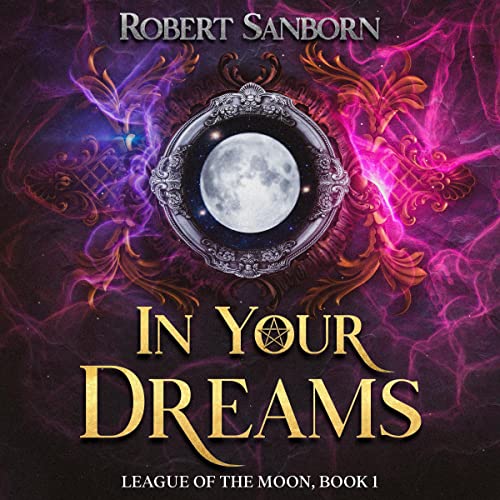 By: Robert Sanborn
Narrated by: Timothy Howard Jackson
Try for £0.00

He moved to the Witch City to start a new life, but everything about Salem feels eerily familiar.

Henry Trank is scared. Terrified by nightmares plaguing him since his arrival in Salem, he decides he's had enough. But when he records himself screaming out the last thoughts of a dying woman as he sleeps, he ends up wishing he'd left his GoPro in the closet.

Fearing for his sanity and desperate for answers, he shows the tape to the only person in Salem he trusts. When he watches the reaction of the beautiful green-eyed witch, they both realize it's worse than it looks.

Henry agrees to meet with the leader of the League of the Moon coven. When she lays out her suspicions, he's shocked. But she can't tell him the whole truth. Not yet. Because she knows the real reason he's back - to finish what he started 326 years earlier, as someone else. Henry's arrival in Salem is no surprise to her. And no surprise to the immortal who wants all of them dead. Again.

Can Henry accept an impossible truth in time to save them all?

In Your Dreams is the unputdownable first book in the League of the Moon Urban Fantasy/Supernatural Suspense series. If you like magic, mystery, and twist-filled plots, you'll love Robert Sanborn's compulsively addictive thrill ride!

Buy In Your Dreams and break the spell today!

What listeners say about In Your Dreams

Loved the narration of Timothy Howard Jackson, perfect for this great book.

I do love a story of Salem and witches. We meet Henry Trank who is staring a new job in Salem as a EMT. All is great apart from strange nightmares that feel all too real. He finds himself turning to Joanne who he finds lovely and stunning from the local coffee shop. When on a date with Joanne , things take a strange turn what starts as an ordinary date turns, into Henry meeting witches, demons, and venture into the past.

In Your Dreams is the first book in the League of the Moon series of thrilling paranormal mysteries sharply written by Robert Sanborn. Right from the beginning, we are pulled into a captivating and scary adventure filled with interesting characters and enhanced by vivid descriptions.

The action of In Your Dreams is set in the Witch City, Salem, and follows Henry Trank as he struggles to make sense of senseless things and to cope with events that are outside his control.

Dark and light magic, terrifying dreams, witches, a green-eyed beauty, and secret societies collide into this darkly entertaining novel in order to deliver a gripping story that will keep the reader or the listener on the edge of their seat. I really don’t want to tell you anything else because I hate spoilers and don’t want to ruin the narrative experience for anyone.

Audiobook narrator Timothy Howard Jackson delivers a balanced performance for In Your Dreams using his rich, deep, and at times even rugged voice to create a high level of immersion for the listener. Mr. Jackson expertly captures all the nuances of this story, he reads, he acts all the parts and he gives different voices to all the main characters. I think that he is a very good choice for this series and I hope to see him return for the inevitable sequel.

I enjoyed listening to In Your Dreams, the writing is good, the action moves swiftly, the characters are interesting, the descriptions are full of remarkable details and the narration is great. I’m looking forward to the next book in this saga.

If you are on the lookout for a good paranormal mystery, In Your Dreams by Robert Sanborn may be just the thing for you.

This was a fairly quick listen from my backyard (Salem MA) that ties into the Witch Trials in a less traditional view ... which was mostly interesting, but also a bit confusing in the way it was presented. As a debut I thought it was a good start. It includes an aspect of reincarnation and a bit of time hijynx that was pretty standard. There is also a antagonist that had a few surprises ... but over all, the plot (or conflict) was at least a partial mystery for most of the story (because it was wrapped up in the identity of the antagonist which is not revealed until the end). As such, it was a little difficult getting into the story since I had a hard time fully understanding why everything was happening.

I was given this free advance listener copy (ALC) audiobook at my request and have voluntarily left this review.

Henry "Hank" Trank moves into a new town that feels like home to him. It ought to... As revealed by an intricate, twisty story line, he's been here before as someone else completely different. In fact, a the plot thickens, he's not the only one. Joanne and her coven try to come to the rescue, but the villain is very old and powerful. It will take all their resources and a fair amount of blood to defeat the forces of evil. No spoilers, but the 5-star rating says a lot, yes?

Fascinating Thriller With A Supernatural Twist

This was my first experience with Robert Sanborn's work and it was fascinating. The story was creative and well written. The story was like an onion and as each mystery was presented, there was some hook that led to a deeper mystery that needed to be solved. I found this story to be a fast read and I had to keep listening to the book to find out how it ended. I enjoyed the story and I am looking forward to the next book in the series. Timothy Howard Jackson's narration was great and his portrayal kept my attention in the tale. I requested this audiobook from Audiobooks Unleashed and I have voluntarily left this review.