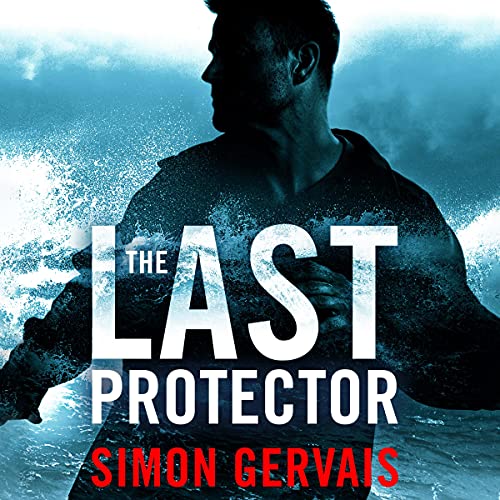 By: Simon Gervais
Narrated by: Jeffrey Kafer
Try for £0.00

From the acclaimed author of the Pierce Hunt series comes a thrilling novel featuring a Secret Service agent who takes on a ruthless foe to protect the country he serves and the woman he loves.

Former air force combat rescue officer Special Agent Clayton White now works for the Secret Service performing routine escort missions for politicians. These missions may not be quite as exciting as his time in the military, but Clayton’s okay with that. It gives him more time to see his girlfriend, Veronica Hammond—an archaeologist who also happens to be the vice president elect’s daughter.

As Clayton gets closer to the truth, he encounters unexpected foes pitted against questionable allies. With enemies at every turn, the only constant Clayton can rely on is Veronica. But when the threat against her turns on him, too, he faces an impossible choice: love or country.

“Gervais’s brisk series kickoff, which jumps around the world, is built on the tension underlying the tenuous alliances among the sort of power-hungry villains who will stop at nothing. Well-modulated action scenes alternate with showdowns that reposition the pawns.”—Kirkus Reviews

“[A] solid thriller from Gervais…”—Publishers Weekly

“A thrill ride from the first page to the last! Simon Gervais is coming in hot with The Last Protector. Looking for action, intrigue, and suspense? This is your novel! Move it to the top of your list!”—Jack Carr, #1 New York Times bestselling author of The Devil’s Hand

What listeners say about The Last Protector

I did enjoy listening to Jeffrey Kafer. He bought the characters to life and kept the pace right.

We find Special Agent Clayton White working for Secret Service the missions may not be quite as exciting as his time in the military,

We have double cross, Dark secrets from the past coming to light. Who can be trusted .With enemies at every turn, the only constant is Clayton's girlfriend is Veronica. But when the threat against her turns on him, too, he faces an impossible choice: love or country.

what a let down

Excellent book but cannot take the language. Why in the world can’t they write a good book without so much language?? Probably won’t get another one from this author.

I Love this thriller. I couldn’t stop listening. The book is so good that I want to listen to it again. I have found a new author I will love. I hope this is a series because I love the characters and would like to read more about the next chapters in their lives.

Secret Service Agent, Clayton White’s assignment is to protect the daughter of the Vice President elect…she also happens to be his gf. When that assignment goes FUBAR, Clayton agrees to a mission to South Africa to apprehend the master mind behind the attack. Clayton doesn’t count on betrayal. This action packed story takes us around the world with lots of bad guys and political intrigue. Looking forward to the next book.

Great start to a new series! I was really excited to hear GLG Knifeworks Bishop was included. I carry mine daily.

Couldn’t get into it listen for 4 hours and lost interest. The reader was ok nothing great. Sad though I really enjoyed the Hunt books.

Really like the story and characters and I'm looking forward to more. But as I finished it on 1-21-22 to hear the lead character say he knows the Secret Service agents are uncorruptible minutes after the Service itself hires criminal defense lawyers to deal with the aftermath of January 6 is a reminder that no group of people are uncorruptible!

Great story, centering around Clay, who was in the Secret Service, and the Vice President; who was a killer. Clay didn't want to believe it because, among other things, he was the father of the woman Clay loves. However, Veronica was already suspicious of her Dad.

Lots of bad-guys and lots of killing.

No romance worth talking about and the F-bomb was used 23 times.

As for the narration: Jeffrey Kafer has a nice reading voice, and that's just about all he does, read. When he, or any character, is in hiding and the bad guys are only a few feet from you, you DO NOT talk in your regular voice. You WHISPER! Is that so hard to figure out? That's the reason I usually avoid books narrated by him. I guess he hasn't figured that out, yet. But, I have.

pass on this, one of the worse

This author needs more editorial support. Plot is unsupported and not believable. Characters are comic book at best

Found a great book to listen to!!!
Would look forward to another!
Will be looking forward to it!

I wasn’t crazy about the narrator T first. It is always like that isn’t it? Pulls you and the main character is unstoppable.