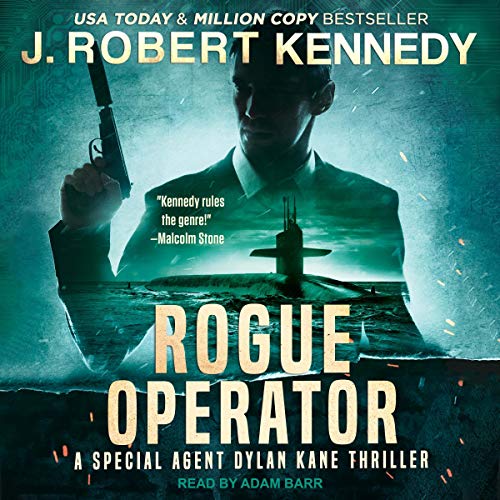 In order to save the country he loves, Dylan Kane must first betray it.

Three top secret research scientists are presumed dead in a boating accident, but the kidnapping of their families the same day raises questions the FBI and local police can't answer, leaving them waiting for a ransom demand that will never come.

Central Intelligence Agency analyst Chris Leroux stumbles upon the story, and finds a phone conversation that was never supposed to happen. When he reports it to his boss, the national clandestine services chief, he is uncharacteristically reprimanded for conducting an unauthorized investigation and told to leave it to the FBI.

For he knows something the FBI doesn't.

One of the scientists is alive.

Leroux makes a call to his childhood friend, CIA Special Agent Dylan Kane, leading to a race across the globe to stop a conspiracy reaching the highest levels of political and corporate America, that if not stopped, could lead to war with an enemy armed with a weapon far worse than anything in the American arsenal, with the potential to not only destroy the world, but consume it.

What listeners say about Rogue Operator

Brilliant narration by Adam Barr, brought the action, pace and characters to life

This book is fast paced with action, with great humour . Oh two heroes, yes two. You will know the second one. Loved them both , geek , smart sexy , both gorgeous
Three scientists and their families are abducted, Dillan Kane, as CIA operative suspects a foreign government is involved, but as he investigates, he finds it is very close to home and American resources have been used with the knowledge of some powerful people. He knows job is either rescue the hostages or kill them.

This was a gripping story from the first moments and held my attention all the way through. I have listened to more than 220 audio books and this is one of the best. Great and interesting characters who are going through a great story told with a great narrator. Strongly recommended.

loved it. Good pace. Great characters. hope its a series. so well written and delivered.

I really enjoy a book with a good story line, this was great from start to finish, can't wait for book 2 on audio.

The storyline and narration was excellent. Kudos to the writer! Following the series. I recommend this highly.

First book by JRK but not the last. Highly recommended, never a dull moment. Enjoy!

This is a good rhythm of action.. Not gory

I'm very much looking forward to the next book. This Kaine guy is worth watching

What a great surprise! I loved this story and the writing was remarkable. I'm going to have to browse this authors books.