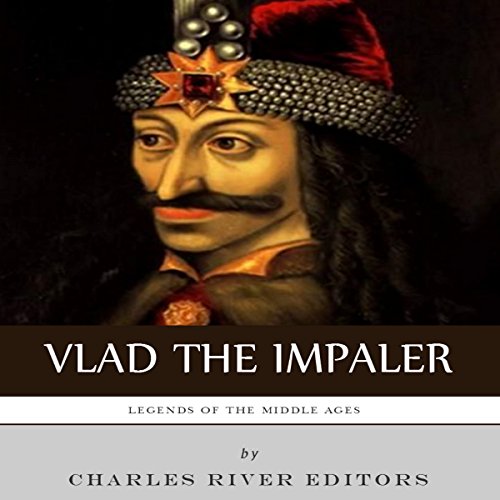 Legends of the Middle Ages

Includes historical accounts that describe Vlad the Impaler and his notorious rule. Discusses the authenticity of the accounts accusing Vlad of impaling tens of thousands and his other infamous misdeeds. Analyzes Vlad's legacy and his association with Bram Stoker's Dracula.

"And then he put many people on spinning wheels and killed them. And he also did many such other inhuman cruelties that were talked about in many countries." - A German legend about Vlad Dracula

A lot of ink has been spilled covering the lives of history's most influential figures, but how much of the forest is lost for the trees? In Charles River Editors' Legends of the Middle Ages series, listeners can get caught up to speed on the lives of important medieval men and women in the time it takes to finish a commute, while learning interesting facts long forgotten or never known.

Many medieval figures are shrouded in mystery due to the scarcity of available sources and to the difficulties posed by the interpretation of historical narratives dating from this period. And even when there is enough documented evidence to put together a sufficiently coherent biographical account, other sources and accounts may emerge that flagrantly contradict the already established and generally accepted historical narrative.

Nowhere is this more evident than in the legacy of Vlad III Dracula, who history has recorded as one of the most notorious and bloodthirsty tyrants of the 15th century. In addition to lending the name Dracula to Bram Stoker's famous vampire, Vlad is known around the world by the cognomen Vlad the Impaler, due to his reputation for impaling thousands of his enemies. Vlad was reputed to be such a tyrant that his reputation and stories of his deeds spread across Germany and the rest of Europe during his lifetime.

What listeners say about Legends of the Middle Ages

nice to see a book written for history sake and not just propaganda. Kudos to the author!