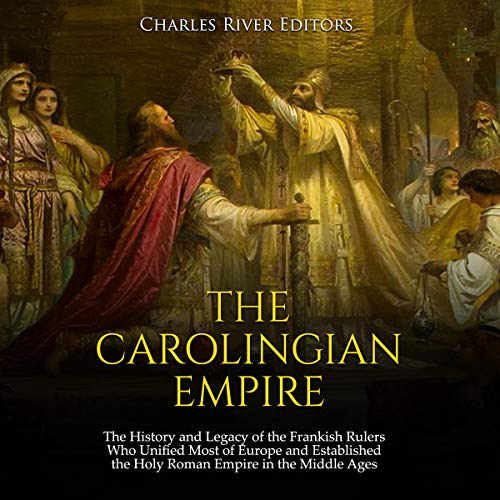 The Carolingian Dynasty, which carved out a major empire in Europe from 750-887, ushered in an important period in the Early Middle Ages. The Carolingians were in their time seen as the successors of Ancient Rome in the West, and while they sought to reestablish the glory of antiquity, they’re remembered today for effectively founding the states that would become France and Germany.

The Carolingians are also credited with creating the first Renaissance, the Carolingian Renaissance, centuries before the Italian Renaissance. Many of the great Latin classics survive today because of copies made during this period. In addition, the revisions made to written script at this time made texts easier to read, so much so that most of those changes remain in the modern system of writing.

The Carolingians lived at a moment in time where they saw that antiquity was seen as worth preserving, but they also sought to adapt it to the times, setting the groundwork for many aspects of what would become the modern world. Nobody was more important in bringing this about than Charlemagne, the most famous man of the Middle Ages, and likely the most influential. Upon the death of his father, Pepin the Short, in 768, Charlemagne became King of the Franks, and he proceeded to create one of the largest European empires since the collapse of Rome. Through his conquests across Western Europe and Italy, Charlemagne became the first Holy Roman Emperor after a famous imperial coronation by Pope Leo III.

In becoming the first Holy Roman Emperor, Charlemagne essentially established the new order on the European continent, thereby directly influencing how European politics and royalty proceeded in the coming centuries. As if to demonstrate how large he loomed in life, Charlemagne was numbered Charles I in Germany, France, and the Holy Roman Empire.

Charlemagne is also viewed as having brought about the Carolingian Renaissance, a revival of art, religion, and culture through the Catholic Church. This helped establish a uniform European culture, helping Charlemagne earn the title “Father of Europe.” After World War II, when France and Germany were looking for common ground, Charlemagne would often be held up as a unifying force between peoples who had so often been enemies.

The Carolingian Empire: The History and Legacy of the Frankish Rulers Who Unified Most of Europe and Established the Holy Roman Empire in the Middle Ages profiles the rulers who helped bring about modern Europe, and the history of their empire. You will learn about the Carolingians like never before.

What listeners say about The Carolingian Empire

Excellent For What It Is - A Very Concise And Brief Overview

As I am embarking on two very lengthy studies of both Germany and France, I found this to be a great starting point. I was surprised how much I learned in such a brief work. Of course, that may be the effect of my own ignorance. But, nonetheless, for me the product was excellent. I do do some brief parallel reading along with this fine study. Everything seemed accurate. Thank You...

Not sure what was going on with the narrator. He growled his words a couple of times.