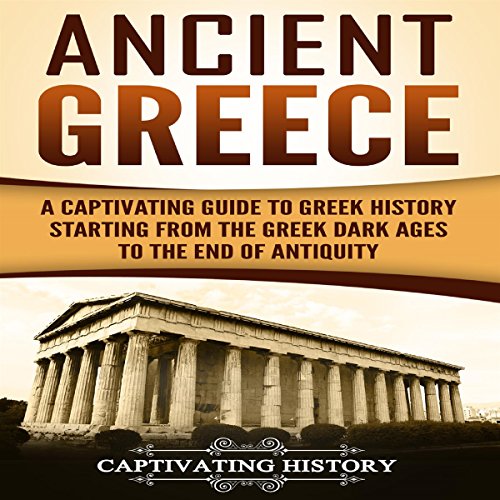 The culture and events of Greece were so influential they have a significant effect on modern-day people all over the world. The ancient Greeks gave birth to democracy, a political system frequently used and considered by some as the best form of government. Great minds from Greece also made incredible and vital discoveries such as the water mill, the basics of geometry and using medicine to cure illness. The ancient Greek philosophers laid the groundwork for a whole new field of thought and study. Ancient Greece offered the foundation of the Olympic games, which still run regularly today. Particularly famous historical figures such as Alexander the Great and Cleopatra also had ties to and roles during Greek history, through the course of wars and empire expansion.

Given the influence of Ancient Greece, as you learn about this time and place, you will learn about your history and the origins of the people, places, and institutions you likely regularly studied in school. Starting in the Dark Ages, this audiobook will take you on a captivating journey through the darkness, democracy, discovery, and development of Western Civilization.

Some of the topics covered in this audiobook include:

Get the audiobook now and learn more about ancient Greece.

What listeners say about Ancient Greece

It's a quick listen and gives you a great overview of ancient Greece, however it does tend to veer off from ancient Greece from time to time.

This book is purely an overview.

The author is not given as much attention as he should. I assume because the author was trying to focus more on what was happening in Greece during Alexander's reign. I think that this is one of the strengths of the book.


While the book is a well-researched and high level overview of the history of Greece, due it's attempt to cover a long piece of history, it often covers topics in a way that feels too brief.

This was the best audible, which reminds me one of my history classes. As a history lover now, I still have this book on my shelf, close at hand. The author does a great job detailing the circumstances of ancient history. Love this book!

It is indeed an interesting guide to Ancient Greece. The depiction of the great Philosophers and Kings made this book hard to put down.

An informative audible volume on the subject, this book delivers a succinct report on the ancient history of an ancient civilization. It's easy to understand and objective. Although it is brief in content, the data provided is accurate and reliable.

My primary interest in history is Medieval Europe, but I felt that I needed to enhanced understand the bookends that are the Classical and Modern periods of European history to complement my studies of Medieval history.

Please learn the correct pronunciation of words before you narrate. I gritted my teeth one too many times during the narration.

this guy can’t pronounce anything, like he did zero research before reading Greek names. how did no one pay a professor to review these 2 hours? i’m getting this refunded :/

Ancient Greek history and this book was ideal

The author uses modern history, social science and economics to provide insights into the rise and fall of classical Greece particularly it's efflorescences that were unmatched until modern times.

I read it with great interest and liked it very much. Professor Martin's book is written in an easy way though it is most serious and very well documented. I think it's perfect for an approach to Greece's antiquity!

incudrs geography and culture into this.

Well organized and well written. Good review on the beginnings of ancient Greece. Several thought provoking topics right from the start. Being used as a textbook on Ancient Greece providing good information for research and written assignments.

It is indeed superb summary.

The writing is clean and crisp, at times superb. Surely he covers much ground and undoubtedly leaves gaps, but admits as much and tells you why. His approach is for the first-timer and he clearly explains what he's leaving out while offering a detailed list of sources for additional review.

This audible is highly recommended from me, more than just a basic outline but not as long as Grote’s, indeed a great overview of Greek history and culture. Necessarily detailed for the laymen but up to date and accurate. A must read.

Great overview of Greek history and culture. Sufficiently detailed for the laymen but up to date and accurate. Highly recommended, more than just a basic introduction but not as long as Grote’s.