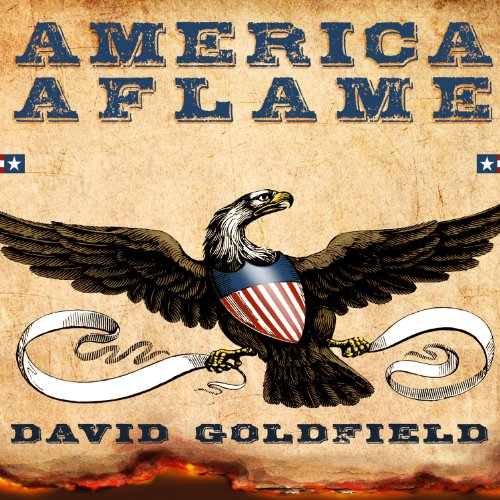 By: David Goldfield
Narrated by: David Drummond
Try for £0.00

In this spellbinding new history, David Goldfield offers the first major new interpretation of the Civil War era since James M. McPherson's Battle Cry of Freedom. Where past scholars have interpreted the war as a triumph of freedom, Goldfield sees it as America's greatest failure: the result of a breakdown caused by the infusion of evangelical religion into the public sphere. As the Second Great Awakening surged through America, political questions became matters of good and evil to be fought to the death. The price of that failure was horrific, but the carnage accomplished what statesmen could not: it made the United States one nation and eliminated slavery as a divisive force in the Union. The victorious North became synonymous with America as a land of innovation and industrialization, whose teeming cities offered squalor and opportunity in equal measure. Religion was supplanted by science and a gospel of progress, and the South was left behind. Goldfield's panoramic narrative, sweeping from the 1840s to the end of Reconstruction, is studded with memorable details and luminaries such as Harriet Beecher Stowe, Frederick Douglass, and Walt Whitman. There are lesser known yet equally compelling characters, too, including Carl Schurz---a German immigrant, war hero, and post-war reformer---and Alexander Stephens, the urbane and intellectual vice president of the Confederacy. America Aflame is a vivid portrait of the "fiery trial" that transformed the country we live in.

"Not just a reappraisal of the Civil War, but an exemplary cultural study of 19th-century America." ( Kirkus, Starred Review)

What listeners say about America Aflame

Would you listen to America Aflame again? Why?

I have listened to America Aflame twice as it is an interesting take on that period of time. I did struggle with roughly the first two hours as it takes the author a while to get going. I appreciate that maybe the information is new to people but I felt it a bit dull.

What was one of the most memorable moments of America Aflame?

The story of how Harriet B Stowe came to write Uncle Tom's Cabin was new to me and heartfelt.

What does David Drummond bring to the story that you wouldn’t experience if you had only read the book?

Narrator was engaging and would listen to a book read by him again.

The Stowe family's heartache and then the scandals of the post- war Beecher preachers was very interesting.

The book is a slow start but very interesting and the use of personal stories to highlight the nation's struggle was very engaging.

This book is divided into roughly three equal sections, dealing with the causes of the civil war, the course of the war and finally it's aftermath. The best section is the course of the war and I would give this 4 stars.  My problem is with the other two sections.  Firstly the author quotes extensively from first hand accounts, which is not to my taste.  The narrative tends to drift as a range of  historical characters are used to reflect the proceedings.  Some of the stories are good but unless you have a good grasp of American history of this period you may lose the threads of the main arguments.

Would you consider the audio edition of America Aflame to be better than the print version?

What other book might you compare America Aflame to, and why?

Can't compare it to another. One of the best books I have listened to.

What does David Drummond bring to the story that you wouldn’t experience if you had only read the book?

Allows you to enter more into the seperate scenes of history.

I would use the title itself.

A detailed and informative read.

What did you love best about America Aflame?

All the factors religion played into the events leading up to the Civil War, I had listened too Battle Cry of Freedom, and these two audio books will give a great education on the civil war.

What was one of the most memorable moments of America Aflame?

The burning of the Ursuline Convent in Boston

A even paced voice.

No, it was good and interesting but 27 or so hours to sit and listen it is not.

How complicit northern (New England) industry & banking was with slavery in the south.

Though Goldfield covers political history from the 1840s to the 1870s sufficiently, what really makes this book shine is the way that he weaves in theology, poetry, economics, and European context. For those not at all familiar with the period, it may demand that he look up some events (references to the Paris Commune, etc), but it remains accessible. The narrator is clear: I listened to the book at x3 speed and had no trouble following along, which can’t be said for all recordings.