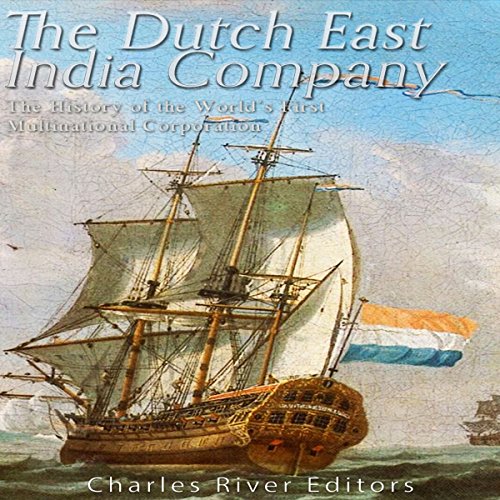 By: Charles River Editors
Narrated by: Scott Clem
Try for £0.00

From classic grilled meat to exotic and savory five-star dishes, pepper has long been the ultimate staple spice. While bulk pepper may be readily stocked in supermarkets and convenience stores today, there was once a time when the common spice was considered one of the most valuable commodities in the world. Merchants tripped over one another to get their hands on the tiny black beads, which live in colorful clusters of berry-like shells reminiscent of Christmas lights. They were so precious that an uncountable number of men crossed the turbulent and uncharted seas for them. In fact, the tropical spice was so highly sought after that blood was shed over the edible gold.

To many, the mention of maritime merchants evokes an imagery of growling pirates donned in their stereotypical hats and a colorful parrot perched upon their shoulders. These nautical rascals wander the high seas in search of treasure and adventure. Though that imagery may be inaccurate, the real life companies that once dominated international waters operated on a similar thirst for conquest and riches.

Perhaps the most famous – or as many would put it, infamous – of these naval corporations was the Dutch East India Company, also known as VOC. Established around the beginning of the 17th century, this nautical behemoth of a corporation was determined to squeeze everyone else out of the market. Vested with the power to wage war and exterminate any who dared stand in their way, the rest of the world stood by as the unstoppable force took over the whole of international maritime trade. The company would crush its opponents on the way to the top, establishing a monopoly on the global spice trade that would not only rock the world but forever change the course of modern business history.

What listeners say about The Dutch East India Company

I generally love historical books like this. I did enjoy learning various things contained in this book but it was no where near as interesting or exciting as it could have been. this company ruled the world for a long time and I think there is much more that could have been written.

I read "Island at the Center of the World" which is another book about this company and it was much more in depth and interesting. I bought this book thinking it would be similar but it was not. many good facts, and I am glad I listened, but it was not everything I hoped.

gives a brief history in detail.

I give a thumbs up all there is a short read There is much detail also when it comes to ship size Fleet size and size of military and Finance.

Disorganized ...bits and pieces...almost no narrat

ive ...disjointed quotes ... moves from one topic to the next without any coherent plan