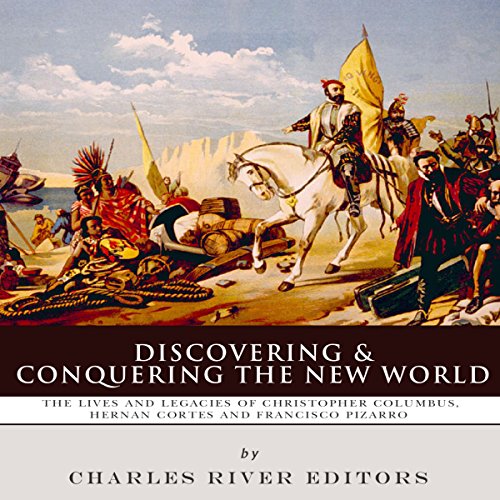 Discovering and Conquering the New World

The most seminal event of the last millennium might also be its most controversial. As schoolchildren have been taught for over 500 years, "In 1492 Columbus sailed the ocean blue." In October of that year, the Italian Christopher Columbus immortalized himself by landing in the New World and beginning the process of European settlement in the Americas for Spain, bringing the Age of Exploration to a new hemisphere with him. Ironically, the Italian had led a Spanish expedition, in part because the Portugese rejected his offers in the belief that sailing west to Asia would take too long. Everyone agrees that Columbus's discovery of the New World was one of the turning points in history, but agreements over his legacy end there. Although his other three voyages to the New World were far less successful and largely overlooked in the narrative of his life, Columbus has become a towering figure in the annals of history.

During the Age of Exploration, some of the most famous and infamous individuals were Spain's best known conquistadors. Naturally, as the best known conquistador, Hernán Cortés (1485-1547) is also the most controversial. Like Christopher Columbus before him, Cortés was lionized for his successes for centuries without questioning his tactics or motives, while indigenous views of the man have been overwhelmingly negative for the consequences his conquests had on the Aztecs and other natives in the region. Just about the only thing everyone agrees upon is that Cortés had a profound impact on the history of North America.

If Columbus and Cortés were the pioneers of Spain's new global empire, Pizarro consolidated its immense power and riches, and his successes inspired a further generation to expand Spain's dominions to unheard of dimensions. Furthermore, he participated in the forging of a new culture: like Cortés, he took an indigenous mistress with whom he had two mixed-race children, and yet the woman has none of the lasting fame of Cortés's Doña Marina. With all of this, it is again remarkable that Pizarro remains one of the less well-known explorers of his age.

Discovering and Conquering the New World looks at the lives of the three famous explorers and their enduring legacies.

What listeners say about Discovering and Conquering the New World