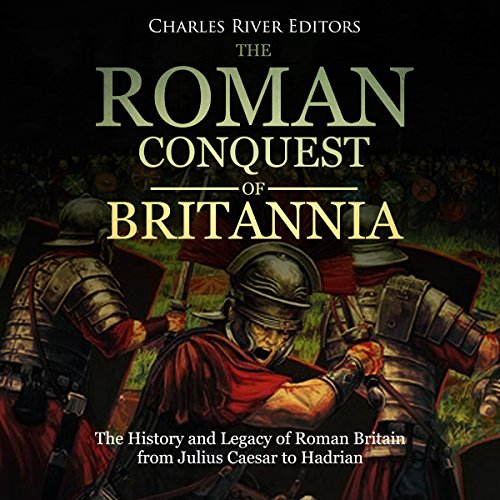 The Roman Conquest of Britannia: The History and Legacy of Roman Britain from Julius Caesar to Hadrian

"[The Romans] thinking that it might be some help to the allies [Britons], whom they were forced to abandon, constructed a strong stone wall from sea to sea, in a straight line between the towns that had been there built for fear of the enemy, where Severus also had formerly built a rampart." - Bede's description of Hadrian's Wall in the Middle Ages

The famous conqueror from the European continent came ashore with thousands of men, ready to set up a new kingdom in England. The Britons had resisted the amphibious invasion from the moment his forces landed, but he was able to push forward. In a large winter battle, the Britons' large army attacked the invaders but was eventually routed, and the conqueror was able to set up a new kingdom.

Over 1,100 years before William the Conqueror became the King of England after the Battle of Hastings, Julius Caesar came, saw, and conquered part of "Britannia", setting up a Roman province with a puppet king in 54 BCE. In the new province, the Romans eventually constructed a military outpost overlooking a bridge across the River Thames. The new outpost was named Londinium, and it covered just over two dozen acres.

For most of the past 1,000 years, London has been the most dominant city in the world, ruling over so much land that it was said the Sun never set on the British Empire. With the possible exception of Rome, no city has ever been more important or influential than London in human history. Thus, it was only fitting that it was the Romans who established London as a prominent city.

What listeners say about The Roman Conquest of Britannia: The History and Legacy of Roman Britain from Julius Caesar to Hadrian

A concise review of the Roman presence in Britain