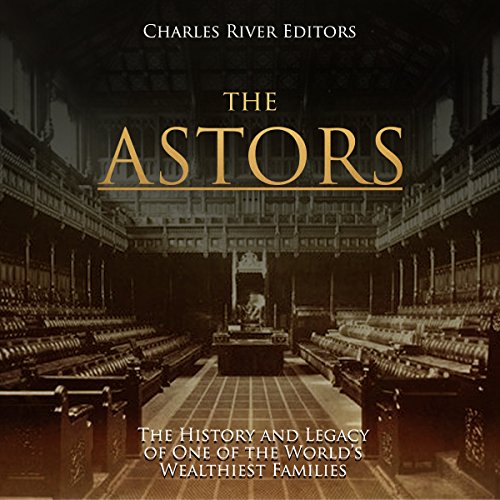 The Astor surname, one of New York’s most important family names for over a century, is synonymous with American aristocracy, a term that defies simple definition. Unlike Britain, where the term aristocrat had a definite meaning, the New York aristocracy was “at best a metaphor for high social status or prestige in a nation which had unequivocally rejected the mechanisms needed to create and sustain an aristocracy on the European model.”

The defining marker for new world aristocracy was, at its core, money. Though some families with accumulated cash took years to break in, financial fitness, rather than birth or connections (which could be gained through marriage) ultimately ruled the day.The immense wealth that the Astor family accumulated, spent, and in many cases, gave away, in the family’s heyday is difficult to comprehend.

The second Astor to reach the shores of America, John Jacob, accumulated during his lifetime “a fortune that represented one-fifteenth of all the personal wealth in America.” His children consistently inherited amounts that preserved their title as the “richest” or “one of the richest” in America at the turn of the twenty-first century. The German immigrant John Jacob Astor’s goals, however, went beyond the accrual of wealth. He developed a vision that would sweep up Thomas Jefferson himself. Together, the men “would establish a democratic outpost on the dim, distant Pacific Coast.

What listeners say about The Astors

The book one hoped would feature the glory, abundance of social status, daily life and it’s social grandeur is totally lost.
The narrator was mundane at the least and boring.
Poorly written and one had to plug though in order to finish!

Shallow; not worth it

This books skips most stories, details and perspectives that would actually tell the history of the Astors. It’s like a long book report written by someone just trying to get it done. Narrator is good.

Was looking for history of America’s wealthiest family. Instead got a history of the fur trade, the war of 1812 and just zzzz..