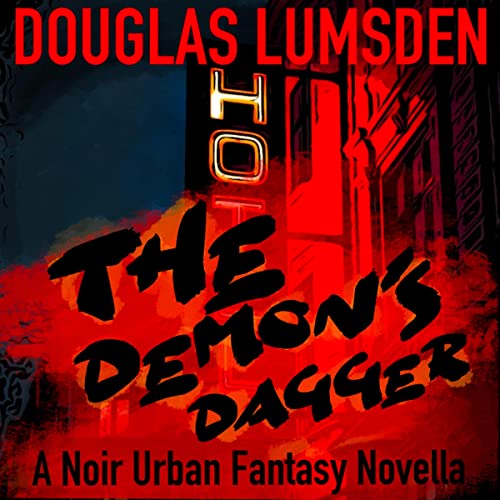 By: Douglas Lumsden
Narrated by: Duffy Weber
Try for £0.00

Once he checked in, checking out became an obsession!

Crawford the were-rat checks into a shady hotel and promptly stumbles over a dead man. A mysterious troll is obsessed with finding the dagger that killed him—a dagger possessed by a demon! The demon denies that he is a demon and is obsessed with regaining his freedom. Meanwhile, the hotel’s night clerk is obsessed with the hooker on the third floor. Crawford is obsessed with what’s in the hooker’s room: a solid gold statuette of a demon-slaying goddess! Crawford has checked in, but when obsessions collide, does he have any hope of checking out?

Content Advisory: This book is intended for a mature audience. It contains misogynistic characters, language, and acts. It also contains graphic violence (including violence against women), smoking, drinking, drug use, graphic sexual acts, and crude language and images.

What listeners say about The Demon's Dagger

The Alex Southerland series is awesome! I wasn't sure how much I would like a side story but I was not disappointed. Hope I don't have to wait too long for the next book!