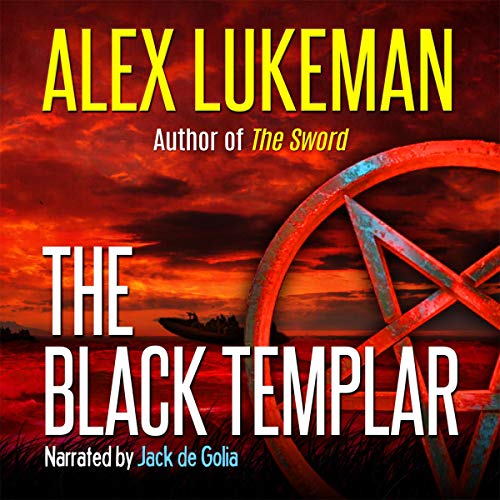 The Project is in transition, their future in doubt. Selena Connor is no longer part of the active field unit, and she misses the action and excitement. When she's approached to translate a 13th-century Templar document written in code, she jumps at the chance. The document reveals a clue to the location of the legendary Templar treasure, lost for 700 years.

Selena and Nick Carter follow the clue to Portugal. They think they'll get in a little vacation time while they search for something to tell them what happened to the treasure. But the vacation turns into a nightmare and launches the Project team on a deadly race against time. There's something evil hidden with the gold. If the Project can't prevent it from falling into the hands of the Black Templars, a terrible darkness will descend upon the world.

Can they succeed against the odds?

What listeners say about The Black Templar

The Project has ended everybody has gone their own way, Selena and Nick have twins to keep them busy. But when Selena is asked to translate some old pages she realizes how much she misses the people and the work, So they decide to get the team together to do consulting work, the kind of work you don't get shot as doing. But director Harker gives them a offer that is hard to turn down, but it could happen.

Full disclosure I have been sitting on this book for quite some time thinking it might be the last but I know now there are two more and I am so happy. I have come to think of these people as family. These books are so wonderful just the right amount of action and suspense to make a fiction book sound very real. If you are lucky enough to get the audio narrated by the wonderful Jack de Golia than you might have thought you actually did go into action with the team and help them like Freddy does. Jack de Golia and Alex Lukeman make a awesome team and the audio is not to be missed but which ever format you prefer I think you will like this series, and might even learn a bit of history.

Templar treasure, a vacation in Portugal while they search for it. A good intruding plot, with .Selina and Nick jumping at the chance to go. Given audio for my voluntary review and my honest opinion

Listened to this entire book on a road trip today, and can’t wait to download the next in the series. The Project is my favorite series hands down, largely due to Jack de Golia’s amazing talent in bringing each of Lukeman’s characters to life. If you like action, suspense and vivid characters, don’t miss this series!

The end of the Project Team?

Alex delivers his usual hard-hitting action bolstered by an authenticity former military and/or members of the C4I community will recognize. I've followed the adventures of the Project Team from the very beginning, getting to know Nick, Selena, Lamont, Ronnie, Elizabeth, Stephanie and even Freddie as old friends, and am sad this may be the final installment. Yet the ending does leave an opening for a reboot, should Alex get the notion that the team still has some adventures up its sleeve. I sure hope so. Thank you, Alex, for a great journey! Oh, thanks Jack for your usual outstanding narration of the book!