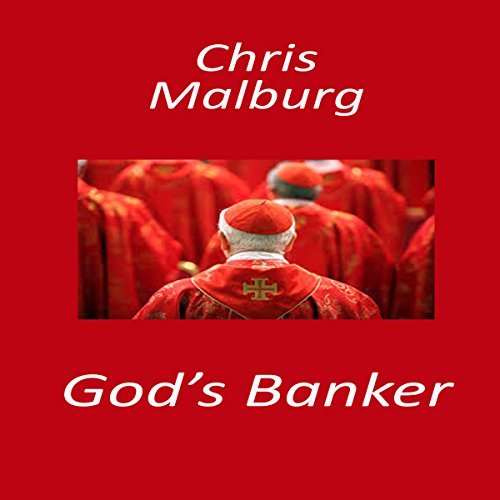 By: Chris Malburg
Narrated by: Ellery Truesdell
Try for £0.00

See the book's trailer at https://www.youtube.com/watch?v=LPhjwi6maQk.

Cardinal David Caneman took just three years to engineer his ascension into the CEO's office of Vatican Bancorp. His cabal of fundamentalist zealots now moves quickly to seize the world's largest institution. First, by publicly assassinating the Pope. Next, by replacing him with Caneman. Finally, by giving the masses a common, everyday object - unquestionably used by their savior - to rally behind. For centuries, folklore has claimed the sacred item laid in wait, sealed within the church's lost treasury vault. Caneman races to unearth the vault - if it exists. He has bet everything that he can find the blessed object that is surely buried within. He intends using it to sweep the faithful from their ungodly ways and into his personal standards of piety.

The Taliban took just two years to overthrow Kabul. Armed with over a billion faithful worldwide and a $200 billion war chest - and the sacred Broom Of Formia - Cardinal David Caneman figures it will take him just half that time to conscript the hearts and minds first of Europe, then the world.

Jackson Schilling enjoys his happy, early retirement. He attends minor league ball games near his home in Elkhart, Indiana. He's an amateur chef. And Jackson Schilling is a hunter. Then, the SEC drafts him. Come on, Jack, one last audit. It's mandatory, after an attempt on the Vatican Bank Chairman's life. But Jackson Schilling is no ordinary auditor. And it was his Commander in Chief who personally ordered him drafted. Schilling exhaustively uncovers Caneman's deadly purpose. First, he must stop a professional assassin from completing his mission against the Pope. Now, the hard part: derailing a fundamentalist faction led by a brilliant, ruthless, and (some would say) saint, to over a billion faithful. Jackson Schilling battles a force growing faster and more deadly than the Crusades or the Taliban.

What listeners say about God's Banker

I found the story somewhat predictable, but enjoyed the listen. On the other hand the narrator was not always the best when impersonating different characters.

Jackson Schilling is the iconic hero we all look forward to

Did God's Banker inspire you to do anything?