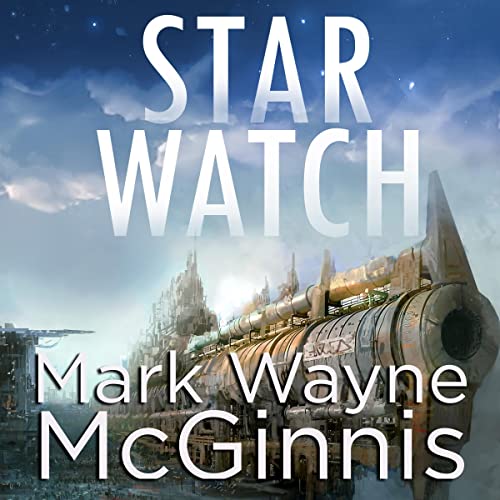 Join the Star Watch crew on their first mission to the planet of Trom, where hostile Pharlom invaders have appropriated high altitude cloud-ports as prisoner of war camps. As a fierce battle in space ensues, fragmented warships fall into Trom’s atmosphere and head right for a populated cloud-port.

The Craing War is now over, the enemy defeated. As planetary systems around the galaxy try to bring normalcy back to their existence, one thing becomes crystal clear: Without the Craing around to keep everyone in line, space has become a far more dangerous place.

With tens of thousands of warships idle, along with hundreds of thousands of Allied crew personnel sitting on their hands, it’s up to Admiral Perry Reynolds whether or not to send the combatants home and mothball most of the ships. But as more and more requests for prompt Allied assistance come in from the farthest reaches of outer space (i.e., for minor incursions into sovereign territory, or others more serious—including barbaric planetary invasions), Admiral Reynolds is compelled to introduce a new stellar over-watch program. With his own career winding down, one of his final directives will be in the formation of a special intergalactic marshaling service…Star Watch.

The admiral has the perfect ship lined up for the task—the most advanced warship in the known galaxy: the mile-long Caldurian vessel, the Minian. Next, he needs to outfit the ship with a captain and crew he can trust to get this far-range venture initiated properly.

Across the galaxy, young Boomer, daughter of Captain Jason Reynolds, begins her training in the ancient fighting methods of the Kahill Callan, and prepares to battle against Lord Vikor Shakrim—leader of the dreaded Sahhrain warriors.

What listeners say about Star Watch