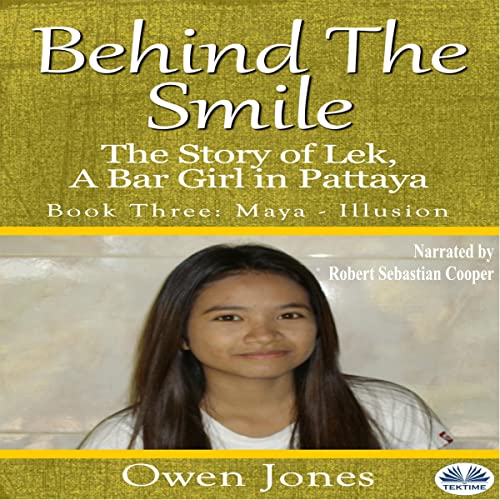 By: Owen Jones
Narrated by: Robert Sebastian Cooper
Try for £0.00

Lek begins to wonder whether everything that she had hoped for for 15 years was all worth it now that she had achieved her goals.

Lek was born the eldest child of four in a typical rice farming family. She did not expect to do anything any different from the other girls in her class in the northern rice belt of Thailand. Typically that would be: work in the fields for a few years; have a few babies; give them to mum to take care of and get back to work until her kids had their own children, and it would be her turn to stop working to take care of them.

One day, a catastrophe occurred out of the blue - her father died young and with huge debts that the family knew nothing about. Lek was 20, and she was the only one who could prevent foreclosure. However, the only way she knew was to go to work in her cousin`s bar in Pattaya.

She drifted into the tourist sex industry. The second book, An Exciting Future, tells of Lek’s attempts to settle down and this, the third book, picks up the story of Lek`s life six or seven years after that. At 40-ish, it is time to take stock of her life. She looks back on her past and wonders whether it was all worth it.

Lek is plagued by mixed emotions and tries to seek an explanation that she can live with for the rest of her life.

What listeners say about Maya - Illusion