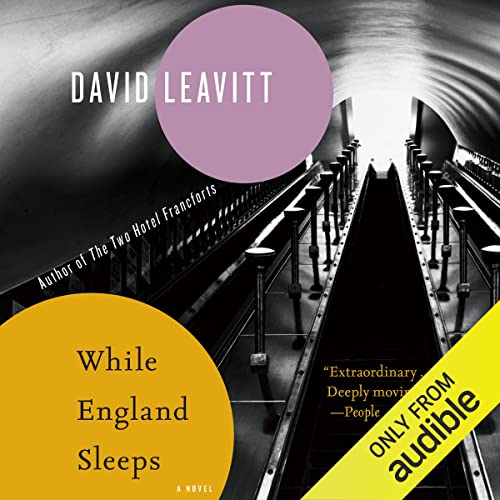 By: David Leavitt
Narrated by: John Pirkis
Try for £0.00

Set against the rise of fascism in 1930s Europe, While England Sleeps tells the story of a love affair between Brian Botsford, an upper-class young English writer, and Edward Phelan, an idealistic employee of the London Underground and member of the Communist Party. Though far better educated than Edward, Brian is also far more callow, convinced that his homosexuality is something he will outgrow. Edward, on the other hand, possesses “an unproblematic capacity to accept” both Brian and the unorthodox nature of their love for each other—until one day, at the urging of his wealthy aunt Constance, Brian agrees to be set up with a “suitable” young woman named Philippa Archibald.... Pushed to the point of crisis, Edward flees, volunteering to fight Franco in Spain, where he ends up in prison. And Brian, feeling responsible for Edward's plight, must pursue him across Europe, and into the chaos of war.

What listeners say about While England Sleeps