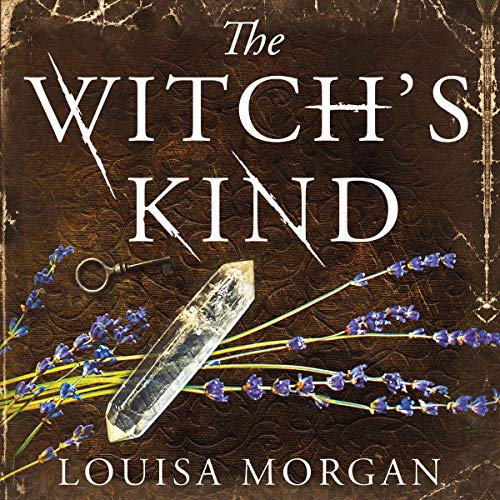 By: Louisa Morgan
Narrated by: Dara Rosenberg
Try for £0.00

An engrossing tale of love, sacrifice, family ties and magic set in the aftermath of World War II - perfect for fans of A Discovery of Witches, Outlander and Nora Roberts.

Barrie Anne Blythe and her Aunt Charlotte have always known that the other residents of their small coastal community find them peculiar. It is the price of concealing their strange and dangerous family secret.

But two events threaten to upend their lives for ever: the arrival of an abandoned baby with a hint of power like their own, and the reappearance of Barrie Anne's long-lost husband - who is not quite the man she thought she married. Barrie Anne and Charlotte must decide how far they are willing to go to protect themselves - and the child they think of as their own - from suspicious neighbours, the government and even their own family....

A Secret History of Witches

The Age of Witches

"An irresistible blend of magic and historical fantasy." (Young Folks)

What listeners say about The Witch's Kind

oooh what have you done Louisa Morgan?

have adored your previous offerings. this one, wtf? narration just awful, story mediocre. we are all allowed a bad day but heck, this is return for credit worthy. narration is just awful. "critters" i mean really, this is hellish. what a total disappointment. 😭

Captivating story of women being independent in post war times - making a living and hiding a secret. A marvellous little secret that proves mother’s love conquers all. I laughed and cried with Blythe women and loved the book.

Good story overall, although the narrator's voice sounded very automated. It took a while of listening to get used to her voice although I can't say I ever really liked listening to her!
I love this author so persevered, a good easy listen with a historical edge.

I found that this book is a fantastic mix of wicka, mer legend and sci-fi.

This is such a beautiful story. I love this author, this book is different to others but I loved it so much I didn’t want it to end. I listened to it over a couple of days, listening when ever I could. The voices are good, the narration fitting the story in every way. I really hope that we hear of Emma and Berry’s lives.