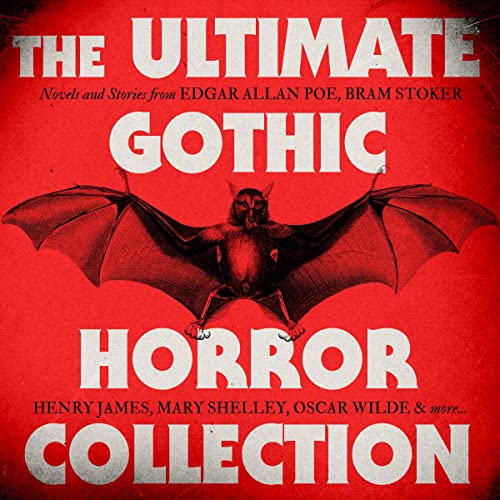 Frankenstein - Obsessed with discovering the cause of generation and life and bestowing animation upon lifeless matter, Frankenstein assembles a human being from stolen body parts but; upon bringing it to life, he recoils in horror at the creature's hideousness. Tormented by isolation and loneliness, the once-innocent creature turns to evil and unleashes a campaign of murderous revenge against his creator, Frankenstein.

Dracula - During a business visit to Count Dracula's castle in Transylvania, a young English solicitor finds himself at the center of a series of horrifying incidents.

Strange Case of Dr Jekyll and Mr Hyde - More than a hundred years after it was written, this tale of the mild-mannered Dr Jekyll and the drug that unleashes his evil, inner persona—the loathsome, twisted Mr Hyde—has lost none of its ability to shock.

Carmilla - In an isolated castle deep in the Austrian forest, Laura leads a solitary life with only her ailing father for company. Until one moonlit night, a horse-drawn carriage crashes into view, carrying an unexpected guest—the beautiful Carmilla.

The Picture of Dorian Gray - Enthralled by his own exquisite portrait, Dorian Gray exchanges his soul for eternal youth and beauty. Influenced by his friend Lord Henry Wotton, he is drawn into a corrupt double life; indulging his desires in secret while remaining a gentleman in the eyes of polite society. Only his portrait bears the traces of his decadence.

12 Edgar Allan Poe Stories and Poems - twelve of Poe's classic gothic horror stories and poems, including The Fall of the House of Usher, The Tell-Tale Heart, The Pit and the Pendulum, The Raven, and many more.

This is a great collection of some of the most famous and most enjoyable gothic horror titles of the 18 and 1900s. Fantastic performances and all indexed for easy navigation. Well worth a listen!