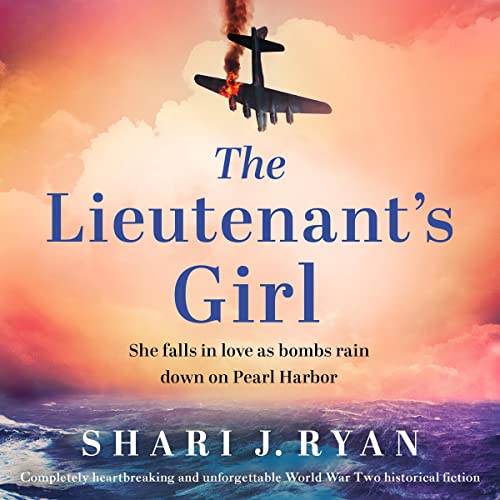 By: Shari J. Ryan
Narrated by: Katherine Fenton
Try for £0.00

Pearl Harbor, 1941. War planes hurtle across the horizon, skimming the clouds. Gunpowder fills the air as the earth shatters. Everett’s hands cup my cheeks. “If I lose you, Elizabeth, please know that the time I’ve spent with you has been worth every second I’ve been alive.”

Elizabeth, a young Jewish woman, is training to be a nurse in Pearl Harbor, where the turquoise ocean laps the golden sand. When she meets Everett, a Hollywood actor who has given up his glamorous life to join the Air Force on the tiny island, the breath is knocked out of her. Over a sweltering Hawaiian summer, they fall madly in love, Elizabeth getting lost in Everett’s emerald eyes.

But one fateful day, sirens rend the air and warplanes fly over the harbor. Elizabeth and Everett cling to each other as the ground shakes and smoke suffocates them. Miraculously they survive, but in that instant, their world is ripped apart.

Though they are hopelessly devoted to one another, they vow to serve their country—even if it costs their lives. Elizabeth joins the Army Nurse Corps in Europe, and Everett flies across the world chasing down the enemy. With a tearful good-bye, they promise to write.

But when Everett’s letters stop arriving, Elizabeth fears the worst. Will she ever see the love of her life again? And what chance does she have of surviving Europe, where Hitler’s tyrannical rule places her own life in grave danger?

Fans of The Girls of Pearl Harbor, The Alice Network, and The Tattooist of Auschwitz will be utterly addicted to this devastatingly romantic tear-jerker about the heartbreaking reality of war and the power of love to overcome all.

What listeners say about The Lieutenant's Girl

Disappointed in this story

Had high hopes after reading the preview, story was juvenile and did not like the narrator. Cannot recommend!