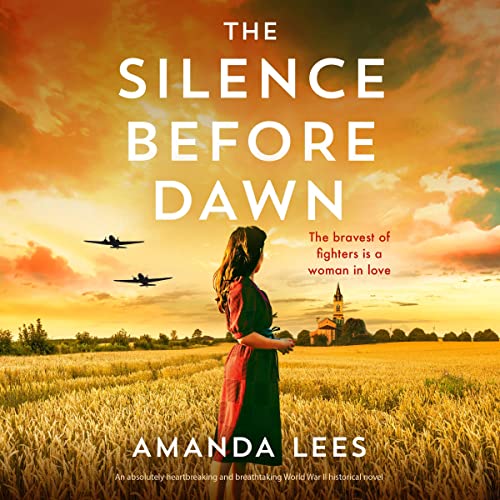 The Silence Before Dawn

By: Amanda Lees
Narrated by: Sofia Zervudachi
Try for £0.00

Nazi-occupied France, 1944: I tear open the envelope, extracting a sheet of folded paper. I read it, my heart cracking with every word. There is no mistaking the name of the man who betrayed us. Jack. My beloved fiancé–and now, a traitor.

For months, Marianne’s resistance network has carried out courageous missions from a remote farmhouse in Southern Provence, aiding the Nazis’ downfall. But one fateful night, they are viciously ambushed as German soldiers storm in, scattering, capturing or killing every last person there.

Mourning the loss of her friends, Marianne will need every ounce of courage to survive. Not only has her life as a secret agent been critically compromised, but her heart has been shattered. Because Jack, her darling fiancé and fellow spy, fled in the chaos–and is accused of being the traitor who betrayed them.

Desperate to believe Jack’s innocence and that their love was true, to her horror Marianne discovers he has been seized by the Butcher of Lyon, a Nazi more brutal and ruthless than any other. Now it is more imperative than ever that Marianne finds Jack–before he reveals the names of every undercover agent in France, or before he is murdered for remaining loyal.

So Marianne sets out on the most dangerous mission of her life and the most personal. With her tight-knit group of fellow women agents by her side, she risks everything to rescue Jack. Can she save her fiancé before it’s too late–and change the fate of the war in the process? Or is she blind to the heartbreaking truth and simply sacrificing her own life?

Based on true stories of the fearless women secret agents–and their tales of bravery, betrayal, and love–this is the first book in the heart-pounding, heart-wrenching and totally addictive World War Two Resistance series. Perfect for fans of The Nightingale, All the Light We Cannot See, and Ellie Midwood.

What listeners say about The Silence Before Dawn

The book seemed to need structure as to what was happening and where. It seemed like an endless rescue mission without much delineation. As an audible listener, the names sometimes got confusing because of the first person nature of the writing. It was an enjoyable read and I’m sure the author’s future works will be even better.