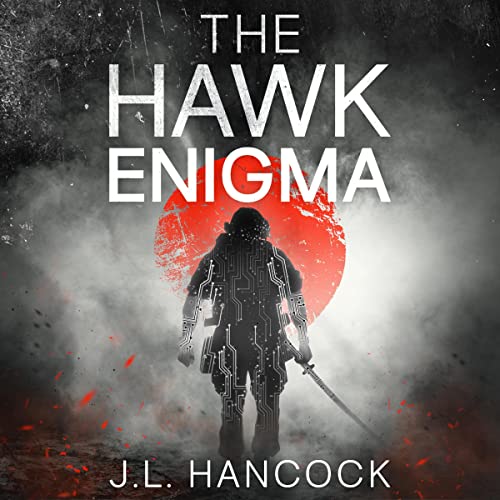 Voodoo, a gifted military technician, struggles with harrowing memories of war and the emptiness that comes with loss. To cope, he's thrown himself into his work for a secretive military research organization, purposefully leaving little time for anything else. Until one night, a familiar voice from Voodoo's past interrupts his recurring nightmares with a cryptic prophecy.

At the same time, across the ocean in Japan, two world-renowned scientists go missing along with the secrets behind a powerful form of artificial intelligence called the "God Algorithm".

To Voodoo's surprise, he soon finds himself on the front lines of an AI arms race with the future of freedom at stake. Will Voodoo find the scientists in time? Or will the "God Algorithm", a piece of code so terrifying it has the potential to shift global power, fall into the wrong hands? Find out in this mind-bending, relentlessly paced techno thriller sure to please fans of Tom Clancy's Jack Ryan and Jack Carr's James Reece.

"A head-spinning plot, adrenaline-fueled action, and a mind-blowing premise. The Hawk Enigma is one you won't want to miss." (Susan Furlong, author of Shattered Justice, A New York Times Top 10 Crime Novel of the Year)

What listeners say about The Hawk Enigma

I enjoyed reading this book. The plot was intriguing. It dealt with the hardships of war and the mental struggles of our military personnel while still bringing a real scenario to life. It gave me greater appreciation for the hard work and sacrifice to our military. The action, characters and plot will drive you to finish this book and want more. I hope there is a sequel in the works.