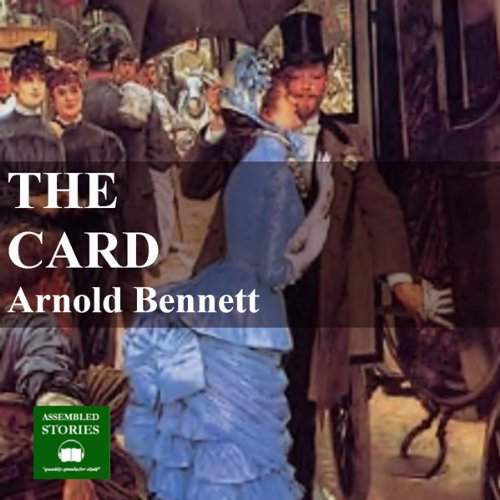 By: Arnold Bennett
Narrated by: Peter Joyce
Try for £0.00

Arnold Bennett's... splendidly comic portrayal of Edward Henry Machin, known as Denry to his mother to save time, is set in Bursley, one of the author's Five Towns of Staffordshire. Starting in 1897, when Denry first saw the smoke of the pot banks, the tale chronicles his rise to fame and wealth including such events as improving his exam results to guarantee success, adjusting the guest list of the municipal ball to include himself and then daring to ask the Countess of Chell to dance! Denry is given a week's notice as a result of this last impertinence but soon turns it to his advantage, setting up in business as a Rent Collector and Estate Agent. Eventually Denry becomes Bursley's youngest Mayor having gained the reputation of the Five Towns greatest 'Card'.

About Assembled Stories: Over the years the national press have reviewed Assembled Stories titles as "excellent", "remarkable", "entrancing", "superb", "magic for sure", "masterly", "wonderful", "a class act" and "a splendid example of audio at its best".

"Peter Joyce is the most remarkable one-man band in audiobook publishing. Joyce, an experienced actor, reads them all himself." (The Independent)

What listeners say about The Card

I haven’t read any Arnold Bennet before and I was in for a delightful surprise. Although the book is set in a different age, the antics of the hero could almost be a modern tale. It is very humorous and never dull. Very well narrated too.

Thought that I must/should get acquainted with Mr Bennett. Well worth it. Now I'll try Virginia Woolf! My money is on Bennett. Great reading by the way

This book is very well read by the narrator who has captured the personality of the main character in his voice tone and accent. It's also worth watching the film which can be found on YouTube.

This is old-fashioned, simple, good natured fun. Absolutely perfect listening for the morning commute. An Edwardian-era solicitor's clerk goes from rags to riches by taking wacky risks, applying his innate cleverness, and enjoying an endless stream of happy accidents. This author was very popular in his day and I am glad to add him to my library.