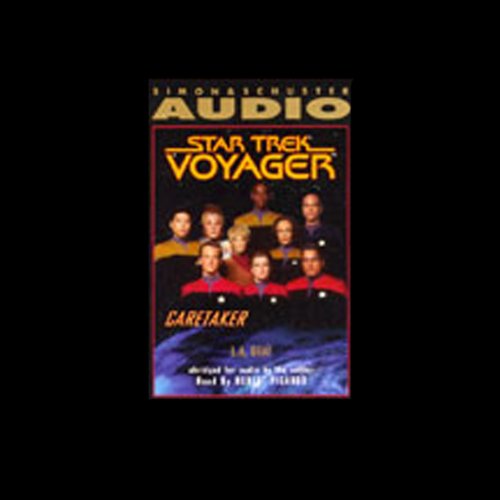 Here is the novelization of the premiere episode of Star Trek, Voyager, the unprecedented fourth television series based on Gene Roddenberry's vision of the future. It is the story of the crew of the Starship Voyager, who are hurled far across the galaxy and must team up with their most dangerous adversaries to return home. Theirs is the voyage of a lifetime, taking them into uncharted space, where no one has gone before.
©1995 Paramount Pictures, All Rights Reserved (P)1995 Paramount Pictures, All Rights Reserved
Space Opera
Show More Show Less

A great start for Voyager sudiobooks

Would you consider the audio edition of Star Trek, Voyager: Caretaker (Adapted) to be better than the print version?

I haven't read the printed version but I aim in doing so.

It was clear,succinct expressive and easy to follow. Robert Picardo was clearly keen to do this narration.

I felt joy at the characters surviving and amassing their traditional crew with new characters coming in at intervals. I felt a pang of sympathy for Voyager's crew as they're 70,000 light years from Earth and have a heck of a journey home.

This version was adapted from the original screenplay and bits of the original were cut out but it proved to be a very satisfactory audiobook with Robert Picardo narrating.

Mr. Ricardo does a fabulous job with the character voice overs. I have also watched the Caretaker episode 3 times on video, but never seem to tire of the audio book. I got my money's worth from this book.

The narrator did wonderful job. With different modulations and tones, it never felt that we are listening to one person.

although I have watched the episode earlier, the scenes became live in my eyes while I listen to it.

fixed several plot holes in the original episode and made what is already a good episode truly great. fantastic reimagine of something many people love

I don't particularly care for Robert Picardo as a narrator. His voice is so distinctly the doctor to me that I didn't really differentiate the characters