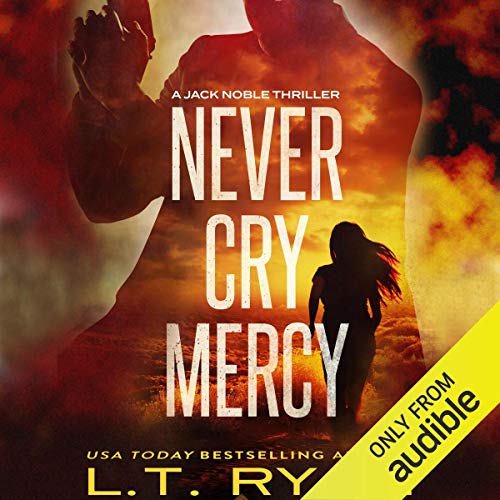 Even a drifter has to stop once in a while....

Jack Noble has crossed the country, never staying too long in one spot. He's not running or hiding. He's buying time. Simply living until the day he can disappear and provide his daughter with a normal life.

But when his Jeep dies outside a small Texas town, he finds a reason to stick around for a couple days. An old friend. Someone he thought was gone from his life forever.

It quickly becomes evident that there is more going on in the town than Jack realized, and soon he's drawn into a web of secrets and lies that will forever change his life.

I enjoyed listening to Dennis Holland

This is a great fasted paced book. Jack is wandering the US, when his car breaks down. The plot goes between 1988 when he was 12 years old and when his young sister was murdered and the present . Jack also runs into and renews his relationship with an old flame, an ex-NYC cop who is now in the FBI's witness protection program. Another great thriller.

Jack Noble tries to stay off the CIA's radar!

Author L. T. Ryan's Jack Noble series novels are espionage thrillers, but Never Cry Mercy has Jack wandering the US trying to stay off the CIA's radar so he can spend time with his young daughter. The novel flashes frequently between 1988 when he was 12 years old and when his young sister was murdered and today (actually 2016). Jack also runs into and renews his relationship with an old flame, an ex-NYC cop who is now in the FBI's witness protection program. Never Cry Mercy easily earns 5 stars. Dennis Holland's narration does also.

This is Book 10 in the 11 novel Jack Noble series. I highly recommend all novels in this marvelous suspense mystery/thriller series.

Let's start with the narration. I read books 1 and 2 of this series then quit because the narrator was so boring. He read in the same voice the entire book. There was no excitement, no nothing. He never laughed, yelled, whispered, nothing. He made the book truly boring. From books 1 and 2 to this one, #10, he never improved so I'm done for good with this series.

It was about a man who ran the town and Jack had to take care of that.

There was a hint of romance and the F-bomb was used 2 times, which was silly since this was a book filled with bad guys.

As for the narration: Dennis Holland makes the stories he reads sooo boring, I don't care what the other reviewers have to say.

the jack noble series is great. the narrator for this book was good. the story is still awesome and I can't wait for the next book.

Great book sort of grabs you quickly. Never know what comes next. Jack is a total bad ass never quit never give in, never give up

Enjoyed the story from the begining. Performance was outstanding. Certainly looking forward to the next L. T. Ryan novel.

SPELL BINDING THROUGHOUT AND FASCINATING WAY TO WEAVE PAST WITH PRESENT. YOU WILL NOT BE ABLE TO PUT IT DOWN!!
BADARROWMD

I love the idea of the character, it has amazing potential and is sometimes perfect. But why does jack have to be such an asshole all the time? I feel like he is usually a hard ass at all the wrong times..then stupid as all hell when he should be a hard ass..I mean come on Jack Reacher is a super bad ass but more humble and therefor more likable..I am in for the long hall now.10 books in 6 weeks but i wish it didnt feel like the author hated his own character..lol

What goes around , comes around.

You can't escape fate. No matter where he gies, it finds him. Glad that something was resolved in his life. Liievthevrestbof the series, Jack fights his waybout. He does so with the best intentiind. Still, the past comes back to haunt h im. More straight forward than some of the other books. Looking forward to the multilayered approach and well developed characters again.

Another amazing ride keep up the great work you got me addicted. Audible is awesome