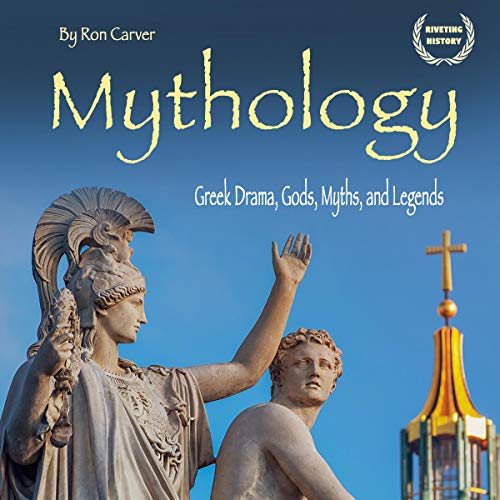 By: Ron Carver
Narrated by: John Griffith
Try for £0.00

In this fascinating book, you’ll become familiar with all the aspects, characters, and most important, events the Greek and Romans made up. Since Roman mythology coincides a lot with the ancient Greek one, the similarities and differences will be explained. You will also hear learn about interesting topics like:

And way more than this!

A most tedious attempt of narration.
A disappointment to what could have been a most interesting audiobook.

This was my third greek mythology book outlining these stories and has to be the most direct and successful at telling these myths.

Merry Christmas to me! I saw this 9, almost 10 hour book and jumped on it with my credit. That's when you know you found a good deal.... well, if the quality is good, of course. And yes, it was. I listened and I liked it a lot. Good narrator, good content, good enough style. It was all worth it. Thanks.

Well, it's all there, the whole shebang. All you need to know about Greek mythology. I guess you can put all that in almost 10 hours of reading. I don't think the author missed anything. He got all about Heracles, the gods, the heroes, and even some of the figures you never hear about. Did he skip any part of Greek mythology? I don't think so. So yeah, just get this and then forget the other books, unless you want some specific commentary or someone's opinion. This is the info, and there isn't much else to it.

A lot of stuff

The information and stories are all in here. I like the drama between the gods and the goddesses, with all their strengths and weaknesses. Good thing.

The narrator was really good. I am not kidding. And the story? Well, do you like Greek mythology? Because literally EVERY-thing was in here, no exceptions, as far as I know.