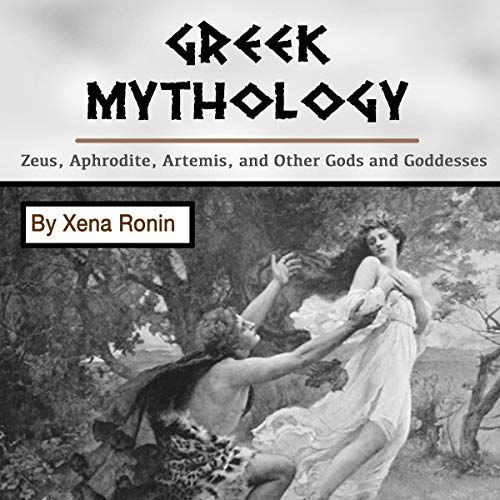 By: Xena Ronin
Narrated by: David Pickering
Try for £0.00

Do you know a lot about the Greek or Roman gods and goddesses? Yes? Then, a lot of this will sound familiar. No? Then, this is a perfect guide for you.

In this audiobook, many of the creatures and deities from Greek myths will be laid out, including their roles, powers, responsibilities, relationships, and background. You will have a perfect image of the basics of Greek mythology, and you will understand the interaction between the gods and goddesses on Mount Olympus.

Deities such as Uranus, Chronus, Zeus, Hephaestus, Poseidon, Helios, Apollo, Mars, and Aphrodite will be discussed in this extensive guidebook.

I love Greek mythology. There are so many dramatic romances and fights and deaths in them. The gods and goddesses were not like the Deity we worship in Christianity. They were more like Marvel superheroes with extraordinary powers and/or responsibilities and in the meantime, had the whole package of human emotions, including rage, jealousy, and lust.

Those deities of old were quite the naughty ones, if you ask me. Interesting to learn more about each one of them, and the legends attached to the characters.

I loved it and was a great way to listen to the stories. thank you

Crazy stories. Crazy legends. Those gods in the Greek myths were pretty crazy. A lot of them selfish. I loved the narrator. That was my thing. That was my reason to pick this book (Ha! Get it! "Pick" David Pickering, the narrator?)