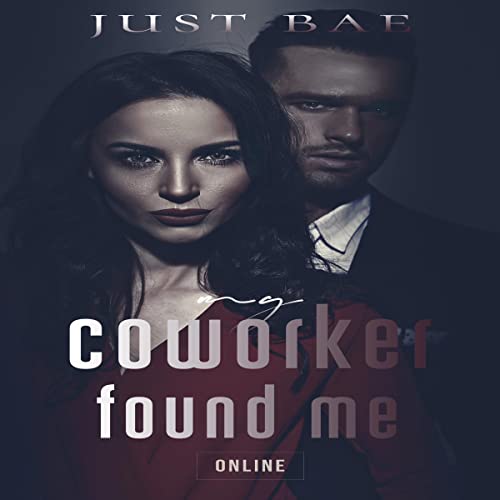 My Coworker Found Me Online

In the era of the internet, Jessie Morrison doesn't seem to have much luck with online dating. No matter where she tries or how fast she runs, she just can't get out of this weird, alternate universe where men think photos of their manhoods can replace small talk and getting to know a girl. Another crotch selfie and Jessie might give up on men forever...

Yet why can't she stop fantasizing about Hank Johnson, her latest match on this new app called Fish?

In reality, Hank Johnson is Derek Jensen, Jessie's coworker at their six-figure office design job. He's hot, looks so boyish, and has the perfect size body like no other.

Derek has been hot on Jessie for over a year, but she doesn't know it. The same could be said for Jessie, as she's mentioned how hot her coworker Derek is to her best friend Paige.

The day Derek saw at work that Jessie had a profile on the newest dating app Fish, he took the chance to dive in the waters.

By day, these two are as far apart as their cubicles allow them to be. At night behind closed doors, the intrigue of these two coworkers' online conversations has their hormones jumping all over the place.

To what end is the question?

What listeners say about My Coworker Found Me Online

Overall the the book was good. Derek has a love interest at work who happens to be gorgeous and and amazing person named Jessie. However, he's awkward and doesn't know how to be around her no matter what she does. Jessie is trying to break down his walls as she sees more in him but he doesn't understand this because all he sees are the other guys she dates. He finds out she's on a dating app and seeks her out instead of approaching her in person knowing that she is possibly single and that's where it all begins. Does he eventually get the girl? Does this fake facade help him in the long run or just ruin what he has now? you will have to listen to find out. No spoilers here.

The only thing I didn't like about this particular narration was the inserts of the moaning and such. Could really have left them out. The narrator did a good job on his own without them.

A pair of coworkers, both feeling their love for each other is unrequited, get mixed up on a dating site that may put them together, or ruin their potential love lives. Best intentions aside, can they overcome the misunderstandings?

A Truly Delightful Gem! I loved it!

As Sir Walter Scott said “Oh what a tangled web we weave, when first we practice to deceive!” I think Derek Jensen must have been absent that day in English lit or he never would have though creating a false profile on a dating app was a good way to try and get close to his co-worker Jessie Morrison! Naughty, naughty Derek, especially when Jessie falls for his alter ego Hank Johnson! My Coworker Found Me Online is a delightful, hot, naughty, funny, brilliantly written and deliciously narrated gem! Does Jessie learn his lesson, no spoilers, you’ll have to listen to find out, and whatever you do, don’t forget your headphones! This one is not only a treat for your sense of romance, it’s a treat for your ears as well. Five fabulous stars!