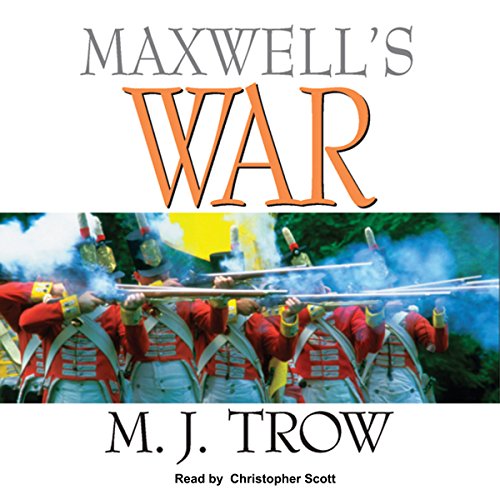 Peter Maxwell is delighted when an old college friend asks him to be the historical adviser on a film being made on the coast near Leighford. Dreams of becoming the next Spielberg soon founder when he discovers that the world of film is pretty much the same as the world of education - full of incompetents and backstabbers.

Unfortunately, shooting becomes all too literal when the director takes a musket ball to the head. With one of his students implicated, another off on a jealous rant, and almost everyone out to get everyone else, Maxwell finds telling the truth from fiction to be more difficult than even he could have imagined.

What listeners say about Maxwell's War

not as good as the rest

I love the Mad Max stories and was particularly pleased to find this one as I had listened to most if not all the others and the t ‘his filled in the gap. However the narrator made Max sound a real toff. But the really annoying thing was the quality of the recording. It jumped from quiet to loud, high pitched to low and was sometimes barely audible.

Although I'm more accustomed to the voice of Robert Wickham I thought Christopher Scott did a fine job. My one and only beef: did no-one pay attention to the overall recording quality? Volume and general recording quality jumped around quite a bit between certain chapters and it was distracting and annoying.