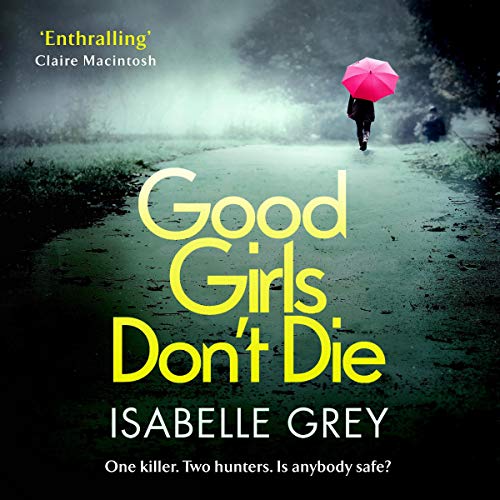 By: Isabelle Grey
Narrated by: Melody Grove
Try for £0.00

Sometimes the danger is too close to see. A dark and gripping crime thriller introducing DI Grace Fisher.

Accused of grassing up a fellow officer and driven brutally out of home and job, DI Grace Fisher is thankful to survive some dark times and find haven with the Major Investigation Team in Essex. Any hopes of a quiet start to her new life are dashed by the discovery of the body of a female student, last seen at a popular bar in Colchester. Grace has her first case.

When a second student, also out drinking, is murdered and left grotesquely posed, the case becomes headline news.

Someone is leaking disturbing details to a tabloid crime reporter. Is it the killer? Or a detective close to the case?

With another victim dead, and under siege by the media, the murder inquiry hits a dead end. The review team brought in to shake things up is headed by Grace's old DCI. Who is going to listen to her now?

It's very rare that a book hooks me from the start like this. I really got a feeling for the characters early on and they had their own personalities which really gave the story depth. The narrator did an excellent job of bringing those personalities through too.
I really hope this is the beginning of a series for grace fisher, I will be keeping an eye out for the next one!

A good read & worth buying

Nice to listen to a story that doesn't use or need graphic sexual content , nicely written explaining a women's struggle in a male dominated environment without banging on about the injustice of it or women's Lib and very well narrated by Melody Grove .

Good, but too long!

Its well written, with well drawn characters. It would have been at least a 4* if not that it was too drawn out. It needed editing down. It was a good story, but I lost interest from time to time because it just went on, and on. Should have been tighter.

What does Melody Grove bring to the story that you wouldn’t experience if you had only read the book?

Her narration is excellent here.

If this book were a film would you go see it?

If you could sum up Good Girls Don't Die in three words, what would they be?

A first for me by this author and I couldn't stop listening! A good British book, with decent modest detectives. Excellent all round.

Never having heard or read anything by Isabelle Grey, I didn't expect to enjoy it as much as I did.
A good plausible story, well written and reasonably fast paced.

One of the early chapters was randomly repeated as chapter 15 or 16 but apart from that minor irritation it was a very good book, I enjoyed it. I liked the narrator it was well read and easy to listen to. I will look out for more from this author.

Really good murder mystery with twists and turns to throw you off track with interesting back stories of the characters.

Good Girls Don't Die was a good listen.
The main characters were well built and believable. Although I had guessed who the killer was it didn't really spoil the ending

Where does Good Girls Don't Die rank among all the audiobooks you’ve listened to so far?

What was one of the most memorable moments of Good Girls Don't Die?

All of it was memorable I recommended it to friend as soon as I finished it.

The story was good lots of different characters to get to know, intriguing plot kept you guessing all the way through. Don't pass this one by.

Unfortunately this book wasn't to my liking. The story is long and exceptionally dragged out. There is no drama and no thrill. It's just a plain descriptive story. It was a nice theory about the killer but not well written at all.