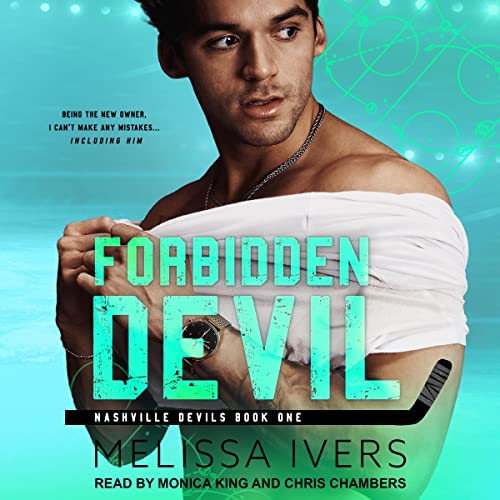 By: Melissa Ivers
Narrated by: Chris Chambers,Monica King
Try for £0.00

Rule number one of hockey team ownership: Don't sleep with the players.

Growing up Oliver Benson's daughter, I've known this rule all my life. And when I unexpectedly inherit the Nashville Devils, his hockey team, all eyes are on me - waiting for me to fail.

My eyes? They're on Lincoln Dallas, team captain and star right winger.

Who could blame me? That body. Those eyes. The way he moves on and off the ice. And when he gives me even the slightest touch, I find myself giving in.

Not only would dating destroy both our careers, but our history left a bruise on my heart, and I never want to make that mistake again. Especially when it would compromise everything I've worked for.

He says he's willing to break the rules and risk it all. Am I?

What listeners say about Forbidden Devil

Narrators were very good. I listed to the story at 1.7 & it still felt well cadenced. Jazz & Lincoln’s love story was very cute. I loved their buildup. The ending didn’t go as expected so that’s always fun. Can’t wait for more Devil’s hockey men.