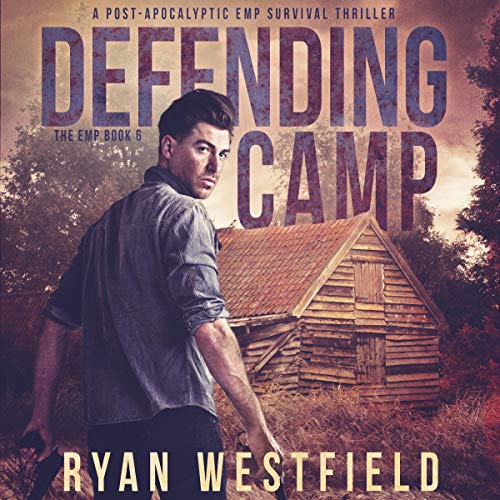 By: Ryan Westfield
Narrated by: Kevin Pierce
Try for £0.00

How hard could you fight?

Max's recent radio communications weigh heavily on him. He has to decide if he's going to venture out from the camp into the outside world. Learning what's happening outside the hunting grounds could prove invaluable. But a dangerous journey into the unknown could be his last.

Georgia has finally recovered from her injuries. She quickly takes charge. She knows it's not long before the next fight. They need to do everything they can to get ready. But what if the next threat arrives too early?

Art doesn't recognize the man he's become. He's a soldier on the wrong side of it all. He does what he's told. But is there anything he won't do? He knows the consequences for disobeying direct orders. Will his conscience catch up with him?

What listeners say about Defending Camp

a fantastic rollercoaster of adventure of a search for Dan and a cracker defence of the camp in the hunting grounds . Excellent book.

The story line was not as enthralling as the previous books and the +/-5 hour length is not very cost effective.

I originally was into the the zombie apocalypse series. I listened to quite a few series. I tried emp series and I'm hooked. This series is the first one I listened to and loved it.

this is s great series. I wish the books were longer with more content but I still like them

A little shorter than I thought it should be. But I have no doubt that the next episode will resolve most of that.

Wonderful as the last

I know this is a continuing story, and it will pick up on the next book. usually there’s some closure to a particular storyline this book just stops I understand the concept of a cliffhanger, but this just seems like the author stopped writing.

I love this series, but I waited to long for a book that was this short.