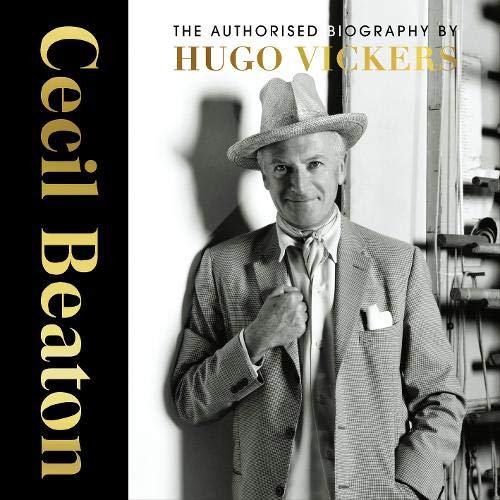 Cecil Beaton was one of Britain's greatest cultural icons - not just as a photographer capturing some of the most celebrated portraits of the 20th century but also as designer of the iconic sets and costumes for the films My Fair Lady and Gigi.

In 1980, Beaton personally chose Hugo Vickers to be his biographer, entrusting him with his diaries and the entire body of letters he had written - both personally and professionally - over the course of his life. Drawing on five years of intensive research and interviews with the likes of Audrey Hepburn, Truman Capote, Princess Grace of Monaco and Sir John Gielgud, Vickers' biography was an instant best seller upon its publication in 1985.

Exploring Beaton's metamorphosis from being the child of a staid middle-class family to an international figure mingling with the glittering stars of his age, the biography also details his great love for Greta Garbo and reveals his private sense of failure that the success he always wanted - as a playwright - eluded him.

Republished in a new paperback edition in time for Bright Young Things, a major exhibition at the National Portrait Gallery in 2020, Cecil Beaton is the definitive and authorised biography of one of the world's most fascinating, famous and admired photographers.

PLEASE NOTE: When you purchase this title, the accompanying reference material will be available in your Library section along with the audio on our Desktop Site.

What listeners say about Cecil Beaton

I didn't want this book to end!! I adored the insight into his "bright young things" period! Oh, to be part of those endless parties and country sports weekends! I could have happily listened to an entire book focussing on that period. A very fair book. I can't say I like Cecil, but he is certainly interesting if a tad irritating at times. This book has left me with a desire to read more about his friendship group in the 1930s and I'm frustrated about how few books I can find on this subject. In particular, the Stephen Tennant Biography - Serious Pleasures by Philip Hoare, isn't available on Audiobooks and cannot be purchased for under £85. Very disappointing!! A stylish yet vacuous man with an acid tongue and an interesting address book!!

Superb biography. What a life. Beaton has long been a fascinating figure for me and this unabridged biography does not disappoint. The definitive Cecil Beaton book.

I’d expected a more rounded insight into one of the most colourful and interesting figures of the 20th century and the people around him, but found the narration too flat and detached from the subject. While Beaton’s character was explored to a degree, it felt that a lot was missing and his interactions with others were difficult to understand in context as the story seemed to consist of a series of events that affected Beaton without much involving anyone else.

Ultimately a dissatisfying read and I really had to persevere to finish it.