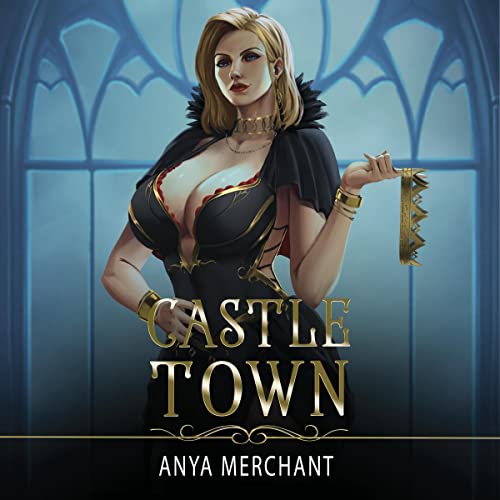 By: Anya Merchant
Narrated by: Giancarlo Herrera,Hannah Schooner
Try for £0.00

The king is dying and Prince Makoa wishes to replace him. The mighty Heralder King of Osteanus is privy to many time-honored traditions including the right to call upon the four underqueens as consorts.

But Makoa is only one of many dozens of competing princes eager for the same prize. To complicate matters even further, the woman who raised him, Underqueen Avina, would be amongst his consorts were he to succeed.

When ambition and desire conspire, a young prince finds himself straying from the beaten path. The normal rules don’t apply to royalty, after all.

What listeners say about Castle Town

For the rest of the series, please let Hannah do all the narration with Giancarlo doing only the male dialog. She's a literal virtuoso. Click "Helpful" if you agree.

Although there is some sex, including oral, that is overshadowed by just being a fun read.

It could’ve been good

But instead, it got pretty stupid

Frances don’t need an excuse to sleep with their maids, they just do it, and if the maids very lucky she might become a concert or concubine or mistress, and nobody would care

And yes, as a rule, princes are subject to maybe one day have to command an army so usually there, Marshall training is more than just a practice swing your sword every now and then

It's pacing is torture as this book was only to be a set up for other books. The beginning of a book that drags on stretching what world normally be the start of a character coming into his own. the book should have been half the length then added to the story of the next one to come.
it's a good book drug down by pacing of a book with twice its length making it a frustrating listen. He sets up goals but does nothing about them at all. for all of those to happen in the next book I recommend waiting for the next book to be out before reading it as it should have been to start. It's worth reading but be prepared to be frustrated if you try before you can listen to the next one.

The story has a good idea, but the MC is just slow to make a move to do anything. He cry's too much.

Another start to a great series...

I have been reading or listening to all Anya's books and find them engaging and exciting. My only complaint with Castle Town' is having to wait for the next book. I highly recommend this series...

This is the first book I’ve listen to by this author. The characters were well written, especially the MC who continue to grow throughout the book
The surrounding cast of characters were also flushed out well, each with her own unique attributes and personalities.
The plots and subplots in the book were interesting and wove together to form a thoroughly entertaining tapestry.
I highly recommend this book.

Great balance of plot and sexy, just like everything from Anya Merchant. I look forward to more books from her.