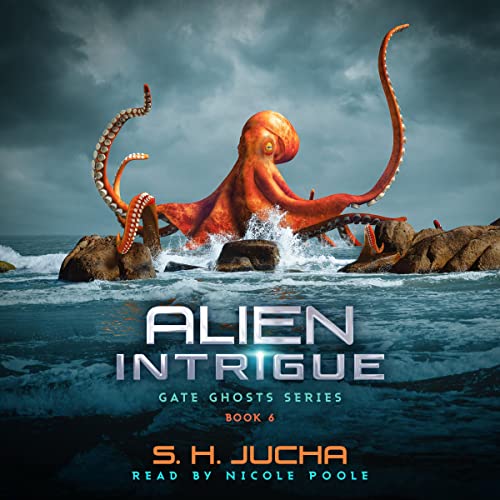 The Imperium executors are incensed. They thought to expel the empire’s invaders in a massive onslaught of powerful battleship fleets, the peacekeepers, but the attack failed miserably. Blame is tossed among the assembly. The primary antagonist of the presiding executor, Dakargk, sees an opportunity to oust the leader, Rebtar, in the upcoming election.Thanks to the conclave, the Helgart dissidents are free. Except, they’re still confined to the warrens of Helgart, a lifeless planet. The joy of liberation fades, to be replaced by the unbearable realization that they will never see their home worlds again. A dissident leader, Kelter, succumbs to depression, and the protectors find that unacceptable.

Kelter, a Gorder, is trapped in the warrens’ limited spaces. There’s no place for him to spread his giant wings, much less soar high into the sky.

The SADE, Z, extracts Kelter from the warrens and transports him to Omnia to regain his strength. He intends to deliver Kelter to Jumanus. The conclave fleet waits in this system, where the Radag warriors, the Imperium’s dreaded mercenaries, were defeated. Tocknicka, the commander of Outpost Thirteen: Union located at Helgart, sees the need to continue what Z has started. He decides to insert a second dissident, Baltart, into his home world, Vokslem. Unfortunately, Imperium Executor Dakargk perceives the possibility of a third system succumbing to the conclave. He plans a trap, which Tocknicka’s team encounters.

What listeners say about Alien Intrigue

I miss Alex, but love the newer charterers. I look forward to the next book!