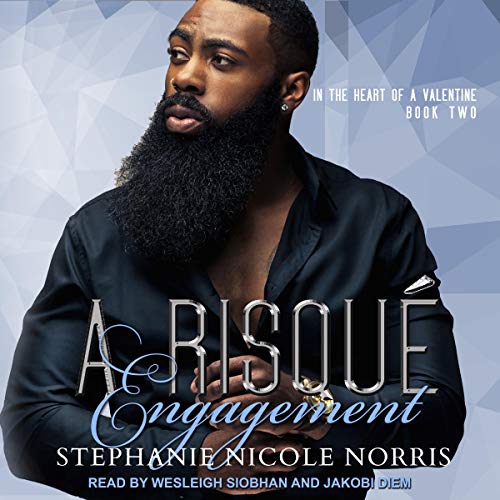 On the surface, Corinne Thomas has the world at her fingertips. Adventurous by nature, her daring persona allows her the freedom to take risks and live her life, at times, in complete anonymity. But there is something that lingers deep down that, if brought to light, could stir the masquerade Corinne's built for herself. For the past few weeks, exchanges with a certain someone wreaks havoc on her ability to maintain a solid pretense. Happily ever afters aren't for Corinne, but when her soul is roused by the magnificence of his authority, Corinne considers opening herself to a new set of dangers. Love.

As one of the world's most powerful sports agents, Xavier Valentine lives his life in the high skies as he flies from one destination to another. Negotiating million-dollar contracts, product endorsements, and meeting league representatives keeps his schedule air-tight. Not only is every hour in his day accounted for, but it's impossible to get in a room with him without an appointment. That's why when Xavier finds himself locked in close quarters with Corinne Thomas, he questions the very thing that he's prided himself on conquering: his mind. And the moment he decides to let Corinne in, with her comes a powerful elixir of love.

What listeners say about A Risque Engagement

female narrator had toooooo many parts

not a good story line, female narrator had too many parts and her voice got on my nerves

So this is my second book in this series. The performances were great and even though I enjoyed the read, I’m afraid to admit I didn’t feel the chemistry between the hero and heroine.

It’s somewhat second chance; the hero and heroine went on a blind double date in the past and reconnected in their book. Since the hero is a sextuplet, I assume it was with his brother and his wife from the last book(I can’t remember I read the book a long time ago).

Something about this particular brother was off to me. He said he loved and respected women but both his actions and words didn’t reflect this. He actually seemed like he hated women. He didn’t have positive things to say about them unless it was the heroine and even she he romanticized to be this perfect being who he wasn’t even sure he’d have feelings for if they had freaking in between the sheets too soon.

I did however like his family dynamic. I like to see black power families especially ones with enormous generational wealth. I was a little confused to them being sextuplets (one of their brothers died so they’re actually a pack of six) because they don’t remind me of brothers who are the same age(I’m a multiple birth person so it’s always funny to read people write twins or triplets or any other multiple birth combination and how people THINK we are lol).

The plot took a weird turn toward the last hour where it felt random and super rushed but what I will say is I LOVED THE LOVE SCENES!

Wow, I don’t think I’ve ever read a book with love scenes so amazing. I wanted to give it a five based on the love scenes alone. I mean I’ve read some great between the sheets scenes in interracial romance, black romance, white romance, Asian romance, latinx romance, queer romance, I’m an equal opportunist. But some of these authors gonna have to step their game up because even though I didn’t feel as though this was a five star read I’m tempted to go on to the next just to see if the love scenes match or even top this one!

I loved it, I think the narrators made the book more enjoyable as it brought the characters out and helped the storyline.... as always I love these two narrators together!!! On to book 3

Performance is okay but characters need more depth, it was a similar assessment for book 1 in this series. The stories are okay but need more development.

Liked it, but did NOT Love it.

I LOVED book one and while all of the main characters from book one were included in book two, this storyline fell flat for me. The multiple irrelevant subplots were a waste of minutes and the chemistry between these characters just didn't excite me like the chemistry between Hunter and Camilla. Also, the ending was just too over the top ridiculous... I mean I understand the attempt at getting us listeners on an high emotional high, but it missed the mark as loyal fans of book one like myself, have to feel completely slighted that Camila and Hunter's BIG day was completely overshadowed by a subplot. Jakobi did their thing as per usual. On to book 3... hoping it is better.

Love and the Valentines

Loved it and the book before. The love these men have is so amazing.

I would recommend this book because it’s a part of a series but I agree with some of the others reviews…
Performance: excellent
Story: lacking depth
Overall: a good listen but not great

I thought there were still things that needed more explanation or resolution. Still really enjoyed it though.

This was a beautiful story. I love the lovemaking scenes 🔥🔥 Xavier is the ideal man that takes care of business and especially taking care of his woman and making sure she's happy and safe. Corrine "Bella" is a lucky woman.